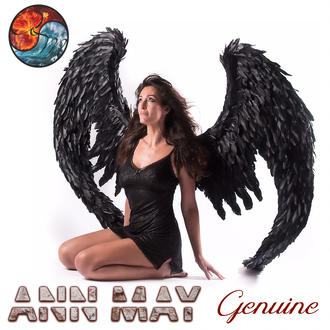 The stuff you pick up while you are in your country of birth for a holiday?! I had never even heard of singer Ann May. This CD is one of the better ones from Dutch soil this year that is for sure. Ann May grew up in the North of The Netherlands and after paying her dues this is her first CD recorded with a bunch of Dutch musicians. The main contributors are Destin Modo (a.k.a. Rene Groeneveld) who wrote the songs, did the production and arrangements and played keys and Aeron Wilson (a.k.a. Ferry Dinkelaar), co-producing and playing drums. Also guitarist and bass player Tim Langedijk has played a big role on this CD. But it is about Ann May, who wrote most of the lyrics and has this great voice. She might remind you a bit of the ladies that sing in Evanescence and Within Temptation and that should already tell you that in the vocal department things are well taken care of. To be quite honest, this CD sounds like it has been recorded with passion, soul and it has an international standard. ‘Genuine’ is a CD that contains/combines several musical styles, but it is mainly melodic rock mixed with AOR and even some symphonic aspects with Ann May’s  angelic yet powerful voice being the unit that combines it all together to a tasty and very enjoyable rock CD. I do not want to go overboard but ‘Genuine’ is as genuine as a melodic AOR/heavy rock CD can be these days. This is a record that would have fitted well with a company like Frontiers. I have not heard one doubtful moment during the 14 songs that are featured on ‘Genuine’. Ann May might look a bit flamboyant on the cover of the CD, and maybe she is in real life, but this woman puts it across and should appeal to fans of the above mentioned groups plus fans of melodic AOR. Never thought that such quality could come of Dutch soil! Chapeau!