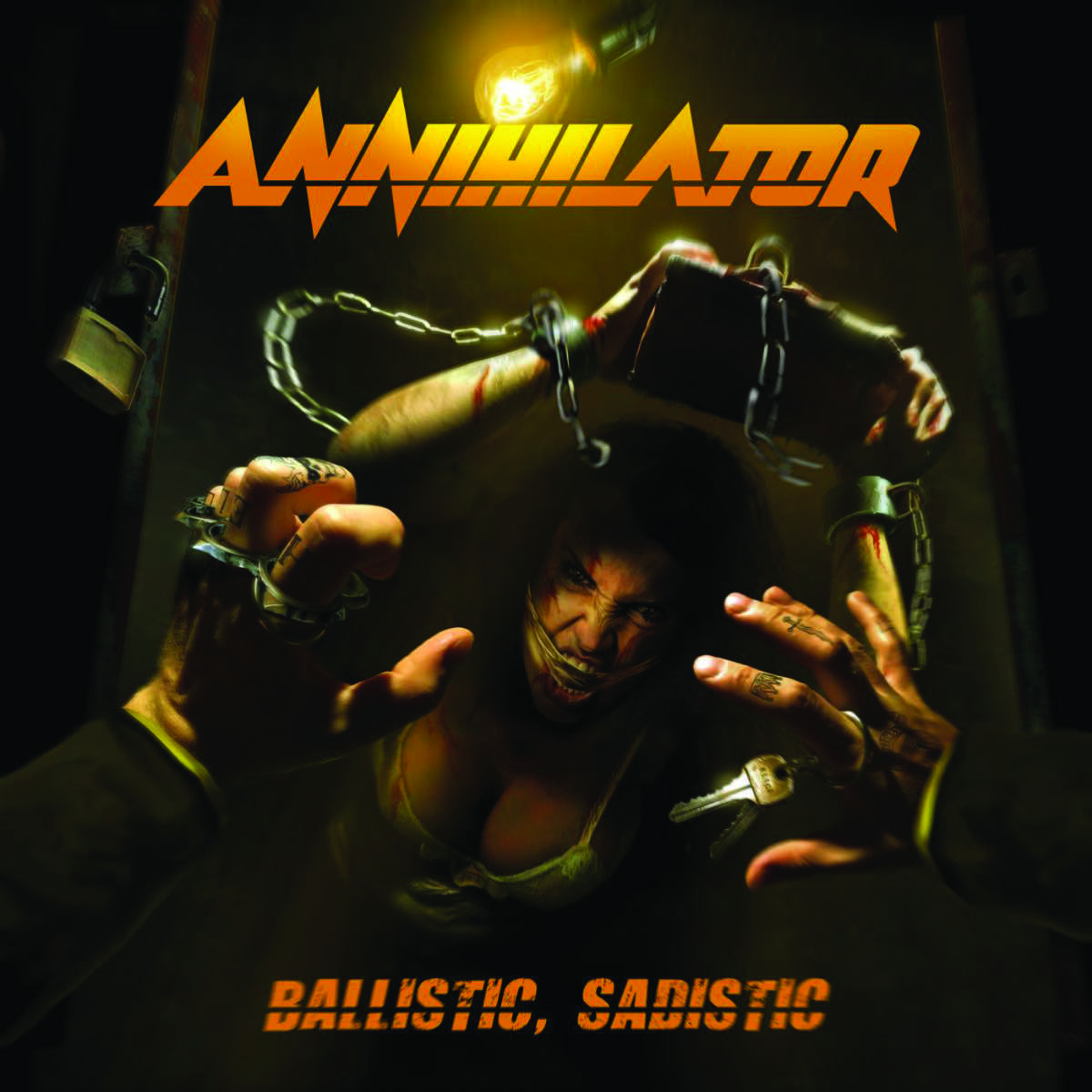 Seeing their long lasting career and their magnificent back catalogue [‘Alice In Hell’, ‘Set The World On Fire’, `Never Neverland’ and ‘Schizo Deluxe’], the Canadian metal heads Annihilator are definitely the most underrated metal band of the universe. Their last effort ‘For The Demented’ [2017] was a metal milestone and now founder and leader Jeff Waters [guitars, vocals] comes up with an even better album with the notorious title ‘Ballistic, Sadistic’. This is Annihilator at its best: “ brutal” metal, with aggressive and heaviness galore; Jeff fills the entire album with addictive guitar hooks and riffs and his vocals are again second to none and they fit perfect to the extremely well played heavy metal. ,,Armed To The Teeth” is the killer opening song and it kicks in the teeth right away; this song actually reminds me of the  ‘Carnival Diablos’ album [2001], same vibe, same aggression and impact. Follow up ,,The Attitude” is really fast and contains some neck breaking riffs on which Waters seems to have the patent of invention!! The first metal milestone on this brilliant album is called ,,Psycho Ward”; a sheer super cool metal track with crazy guitar riffs and really intriguing lyrics! Next up is a 100% trash metal song called ,,I Am Warfare” which was released as the 1st single. Another metal milestone is called ,,One Wrong Move” as it actually is an old school Annihilator song mixed with new 2020 metal sounds. ‘Ballistic, Sadistic’ is produced, engineered, edited and mixed by Jeff Waters at the brand new state of the art Watersound Studios in Durham, UK, and it is a must have album for true metal heads. The album almost contains no resting points [no ballads] and it is really all the way head banging and neck breaking stuff; gotta love it! Jeff always delivers the metal goods, that is for sure, as the metal/rock year 2020 starts almost perfectly with this monster album!!! Buy or die indeed.