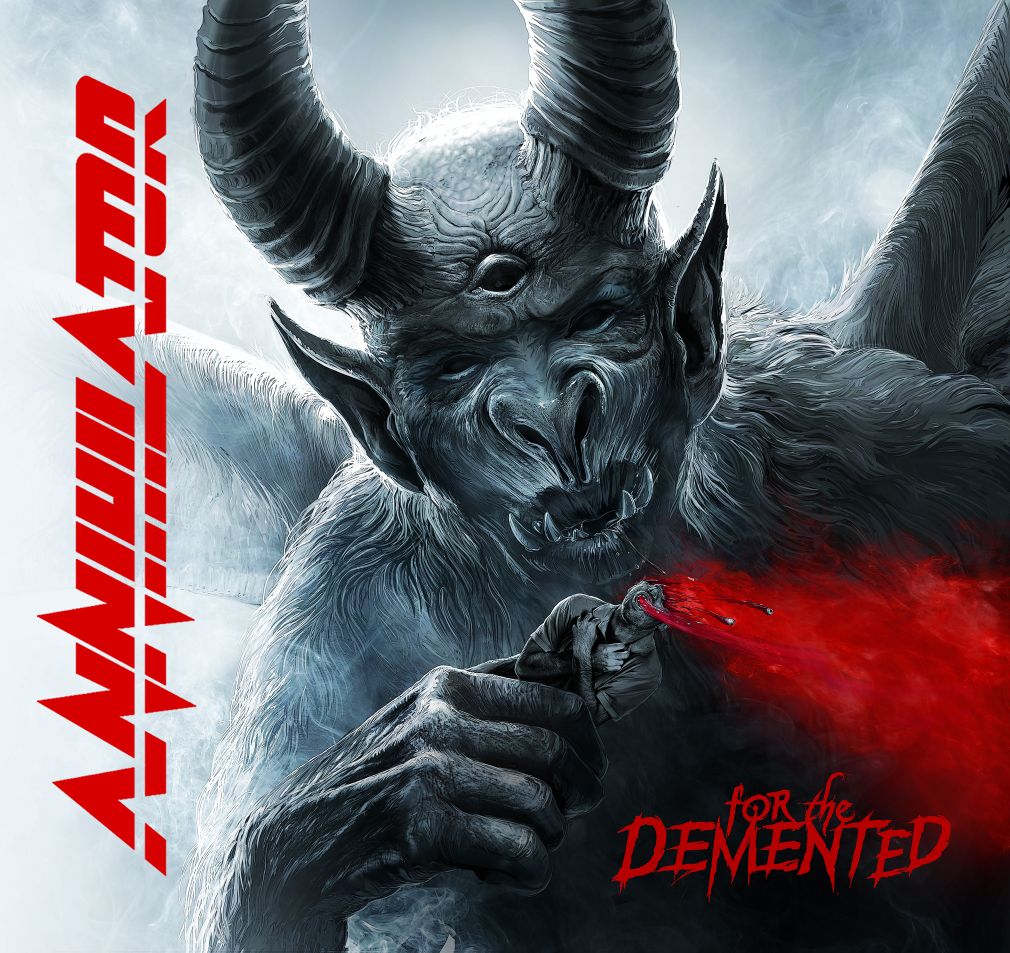 Jeff Waters’ Annihilator has been around since 1984 and has released amazing heavy metal albums like ‘Alice In Hell’, ‘King Of The Kill’ and ‘Never, Neverland’. Their previous release called ‘Suicide Society’ was not their best effort but their 16th studio album ‘For The Demented’ is again a heavy metal old school Annihilator album pur sang. ‘For The Demented’ contains 10 brand new songs all composed and written by Jeff Waters and Rich Hinks and it is probably one of Annihilator’s most complete and definitive metal statements yet! It is an album where trash /heavy metal meets melodic metal/rock and an album filled with killer riffs, hooks, melodies, guitar solos, astonishing vocals and almost completely “insane” lyrics, which you should not take too seriously, of course….The album kicks off with a song called ,,Twisted Lobotomy”, which is also the first single, and Waters does not beat around the bush with that song, as it is an up tempo heavy/thrashy song with brutal riffs and ditto vocals. Next highlight is the title track, which features a rather quiet guitar intro followed by a mid-tempo hard rock melody and an excellent guitar solo by the master himself. ,,Pieces Of You” (listen to the text carefully) is a power ballad-like track with beautiful melodic guitar work while follow up ,,The Demon You Know”  is another brutal, typical old school Annihilator song; love it! In fact this whole album is a true classic Annihilator album, maybe with the exception of the short instrumental ,,Dark” which only consists of mysterious guitar sounds and hooks; fortunately this tracks only clocks 2 minutes. The closing track of this album ,,Not All There” rather sounds like Megadeth, except for the funky middle part. ‘For The Demented’ is truly a great Annihilator album, which can be marked as another milestone in the long career of this amazing Canadian heavy metal band. So, to all head bangers out there my advice is: buy or die!