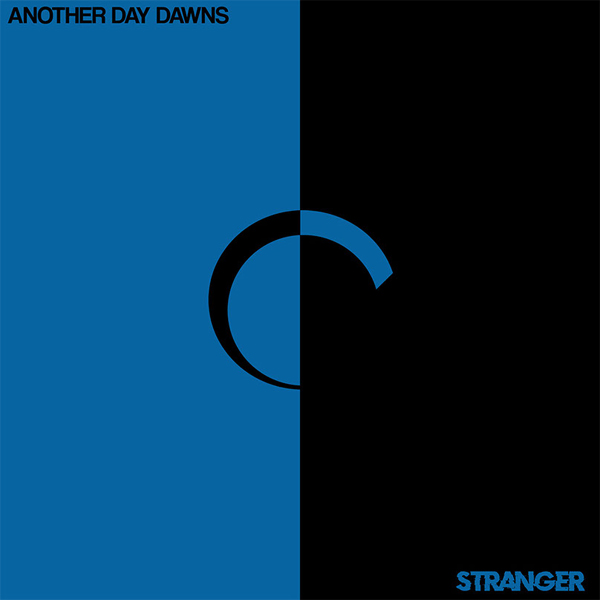 Debuting in 2019 with their `A Different Life’ EP, Pennsylvania based metal outfit Another Day Dawns quickly gathers momentum throughout the scene. Their ravishing cocktail full of emotive driven hard rock is pumped with energy and the reminiscence of melodies is adding lustre to the fierce undertone. With `Stranger’ as their brand new EP, it might well be that 2020 is the year of their breakthrough.

I have not been able to pinpoint the exact contagiousness of the band and whether it is the anger-laden vocals of Dakota Sean or Tyler Ritter’s impressive playing that pull the vehicle to pristine level. The interaction is sublime and the interaction and cohesion of the band is just remarkable. The cocktail served is driven and infectious with intense energy and top notch marksmanship. It all gels perfectly and hits in the gut instantly.
`Stranger’ shoots forward with great drive and displays the band’s capabilities off the bat. Nick McGeehan’s versatile drumming holds up the powerful construction and injects intellectual dynamics with stop ’n go switches between his double bass and toms being the exactly dosed kick the track needs. Josh Mercado’s basslines are low end and add a grim yet comfortably throbbing pulse to the sound. It all fluently blends with the fierce riffs and melodies fired by Ritter. Adding more grit and gravel the band delves deep with modern electronic elements added in ,,Am I”, preferably added with an exclamation point instead of a question mark. The song has the same jumpy ingredients and displays some Faith No More toning with Ritter switching pace and tone before shooting into the sticky chorus. Dakota again belting an intense job pulls this track into the pop ranks of metal without lacking a power haul. Up next is the video single, released on January 31st, to back the album. The song is infectious and mega melodic. Packing an insane recognizable melody line and guitar riff, it whelms with emotion and a light-footed shuffle. Mercado’s bass propels slightly funky and Ritter opens his wide arsenal of keen tones. An insane (yet short) solo differs while his picking also contrasts deeply with the soaring riff. Displaying the band’s abilities as topshelf songwriters the band reveals a softer side on the acoustic opened ,,Never Okay”. Dakota Sean’s soaring vocals have a gut wrecking doomy presence and frail sound oozing the despair of agony, and when the band suddenly pumps up for the mid section power overhaul. Much like the plot thickens the song enrols its emotional content to return to their signature power of overall sound on the following ,,Forget Me Not”. Intensely driven the 2-minute plus track spits enormous power and Another Day Dawns switches between the anger-laden turmoil and sticky melody in an almost natural way. The hook is memorable and instantly nesting and the interaction of double bass drumming and the anger propelling the track is perfectly adding to the insane dynamics.

With `A Different Life’ already putting a mark on their status this new `Stranger’ EP is the perfect stepping stone preparing for a full-length album. Another Day Dawns is one of 2020’s hopefuls and it is time to fully bloom breaking the barriers of the EP limits. Time to start working and gear up for a probably glorious future. Must listen!