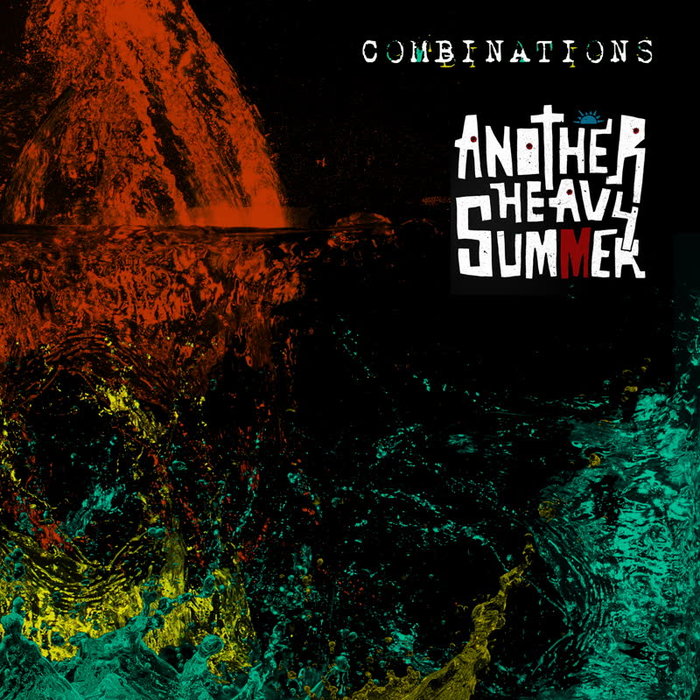 From the friend that brought us Skull Above The Cannon comes this instrumental EP ‘Combinations’. Milky Bomb Records’ Simon Fairchild forwarded this technical metal band to me and I have to admit, it is another one of those hidden gems that instantly attract.

Another Heavy Summer was formed as a groove metal outfit in 2019, and consists of guitarist extraordinaire Pietro Blanca (guitars, bass) and the insanely skilled (barefoot drummer) Fabrizio Trovato. With ‘Combinations’ they unleash a groove metal record that delves deep into grunge and the 80s shred scene as well as it paws in classic acoustic rooted guitar styles that Al Di Meola and John McLaughlin brought to us. It is this fusion of styles that is dominantly present on this powerful release. With Blanca clearly inspired by his singer-songwriter roots, the due manages to create some staggering melodic metal with recognizable nesting appeal. From the exquisite melodic opening ,,Short”, with its running time of little over a minute, to the closing notes of ,,Everywhere” we get displayed the insane skills and masterful bliss of both players. Dino Fiorenza (Steve Vai, John Macaluso, Slash, etc) adds his bass-ass wizardry on the wonderful ,,Short”. The groove is rock solid and powerful, but it is the melodies that make this EP a ‘must listen’. Distorted ,,Make Me Believe” whales into your eardrum with polyrhythmic changes and loads of notes agile fired. The riff is metal heavy and splinters with power. Double bass kicks and scattering crashes add dynamics unwithheld. The interaction between Pietro and Fabrizio is prefect. The track is a symbiose of melody and power. QOTSA comes to mind, as well as Vai’s ‘Flex able’. Distorted echoing licks in the back while the riff is perpetual fusing with the double kicked drums. ,,Ghost Feet” is more intense and I linger to Last Crack’s extravagant musical outings. Rock heavy bass and drum collide with an insane riff. Its tune is raw and vibrant and resonates in between the drums, fusing the both. There’re some minor influences of the flamenco style with Pietro’s pointy precise notes fired. It is versatile and agile, and packs wonderful notes amidst swampy grooves. It is all rock solid and powerful, much like the following ,,An Easy Way To Get Out” with its insane drive. Plucking bass and some psychedelic tinging guitar plucking and whammy bars added, giving it more depth and creating some turmoil. The drums are again insane and plough like crazy. Dynamite with sticks should be the label applied to Trovato. The wonderful melodic ,,Everywhere” makes the EP die out gracefully. The track oozes an overwhelming sincerity before the duo evokes a Metallica reminiscent thrive with a roaring Crowbar backbone. They switch back and forth in time changes and emotion so rapidly that one is totally overwhelmed by the insane capabilities of AHS. Crystal clear notes are flying off the fretboard and there’s a little psychedelic hint packed. An epiphany of a mere 3 minutes and you stand flabbergasted and overwhelmed.

`Combinations’ certainly makes you wonder what these guys can accomplish with a band surrounding them. The music is overwhelming and not for a second you miss the vocals on this EP. The guitar melodies are so frontal and mesmerizing beautiful that one lingers off easily. Lucky for us the power and agile dynamics of the drums keeps us from straying. Bring it on!