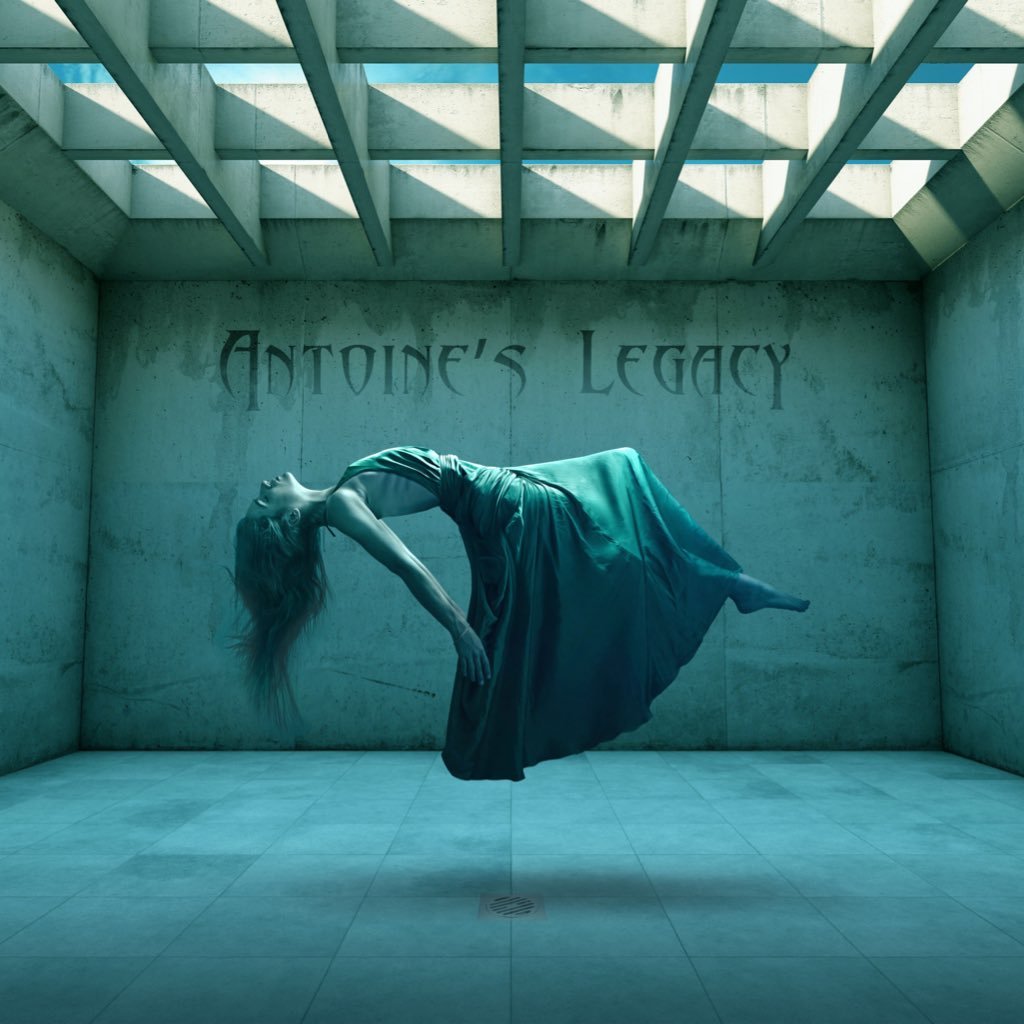 It is hard to believe that the music on the first CD of Antoine’s Legacy is coming from Dutch soil! This must be the most devastating and impressive debut album by a progressive rock band from Europe ever! We are talking quality that you are used to getting from bands like Dream Theater, Fates Warning, Sons Of Apollo and maybe even the mighty Rush and Pink Floyd! It all started in an attic somewhere in The Netherlands where the two brothers Randy (guitar) and Glenn (drums) Antoine developed a vision and started working on this project. Later on they involved singer Marijn Geluk and after several years of preparation and writing they found no other than keyboardist Derek Sherinian (Sons Of Apollo, Dream Theater, Black Country Communion) coming on board to add his skills and also famous bassist Dave LaRue (Flying Colors/Joe Satriani) got involved. It even seems that LaRue has agreed to join the band! When two of such crafted and famous musicians are that full of praise about this group something special must be going on, don’t you agree? I don’t know if the band members won Lotto or something but they approached mixer/producer Paul Northfield (worked on albums with Rush, Queensrÿche and Dream Theater plus many others) to mix this album and the even more famous Ted Jensen to take care of the mastering. All these activities are unknown to any Dutch band as far as I know and it is also a piece of evidence that ‘Antoine’s Legacy’ must be something special otherwise these celebrities in the business would not give it the time of day as they have a reputation to hold upright! It is also proof that the Antoine brothers have done everything possible to make their CD sound like it does now: progressive, heavy, melodic, sometimes hard to grasp, sometimes more accessible and filled with sheer colour sounds and brilliant musicianship from everybody involved. Especially singer Martijn Geluk is a discovery on the vocal front as are also virtuoso guitarist Randy and excellent drummer Glenn. A further highlight is the very professional production. Everything sounds as clear as you can wish for, but the CD certainly does not lack any power or dynamics. Four songs like the empathic opener ,,Pain And Illusions’’, the more metal minded track ,,Where We Belong’’, ,,Dirty Details’’ and ,,Trip Into The Night’’ clock around nine minutes or more leaving some room for ,,As The Moon Shatters’’ (4.45) and ,,Sacred’’ (5.16) to be the more accessible songs perhaps. ‘Antoine’s Legacy’ is in more ways than one a musical journey with many different mood swings and in some cases it might take more than a few listening sessions before the penny starts to drop. But when it does, strap yourself in, relax and enjoy one of the rides of your life. From the Netherlands right? You better believe it! If you should have a problem getting this album through your regular outlet visit the Facebook site of Antoine’s Legacy through which you can purchase the material if you wish to do so.