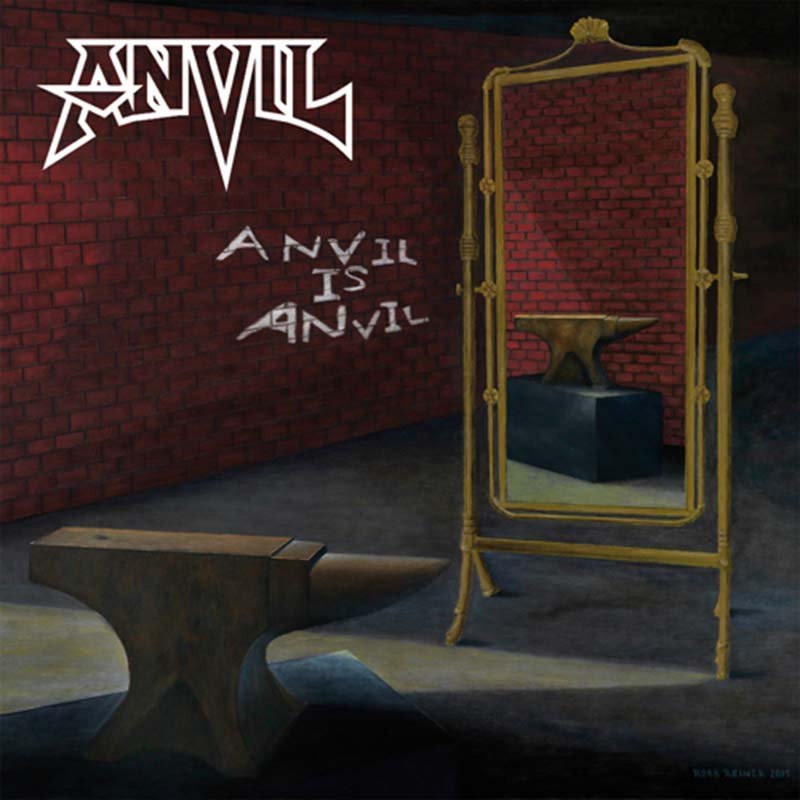 Ever since the release of the movie ‘Anvil: The Story Of Anvil’ things have been looking up for the Toronto, Canada based trio. Especially the album ‘This Is Thirteen’ was a hammer. The band was able to tour extensively and recorded another two albums and even worked with producer Bob Marlette. In 2016 Anvil is back with a new record for a new record company and a big European tour. Lips (vocals/guitar) and drummer Robb Reiner deserve that. Never ever did they give up, even when times were tough and the future bleak. Together with new bass player Chris Robertson Anvil went to Germany to record ‘Anvil Is Anvil’ with producer Martin Pfeiffer. But is does not matter with whom or where the band records, the members stay true to themselves and as always produce fast paced heavy metal driven by the thunderous drums of Reiner and the recognizable guitar sound of Lips. This albums comes close again to the ‘This Is Thirteen’ CD, hard, fast, no compromises. But it also and I must say yet again sums up why Anvil never made that big break. The music is too one dimensional, while we all know that Lips is not the world’s greatest vocalist (,,Ambushed” is a bit shaky). Still, it is what is it. After all these years Anvil is Anvil, so the album title is well chosen. We are sailing away with the pirate song ,,Daggers And Rum” (a funny start to the album) and are confronted with some sensitive full lyrics in ,,Gun Control” (a subject dear to USA president Obama’s heart) and ,,Forgive, Don’t Forget” (about the German people and the aftermath of World War II). I bought Anvil’s first record ‘Hard N Heavy’ some 35 years ago and paid a small fortune for it as it was then only available as import, and from that day on I have become a fan. Why? Because Anvil is Anvil!!