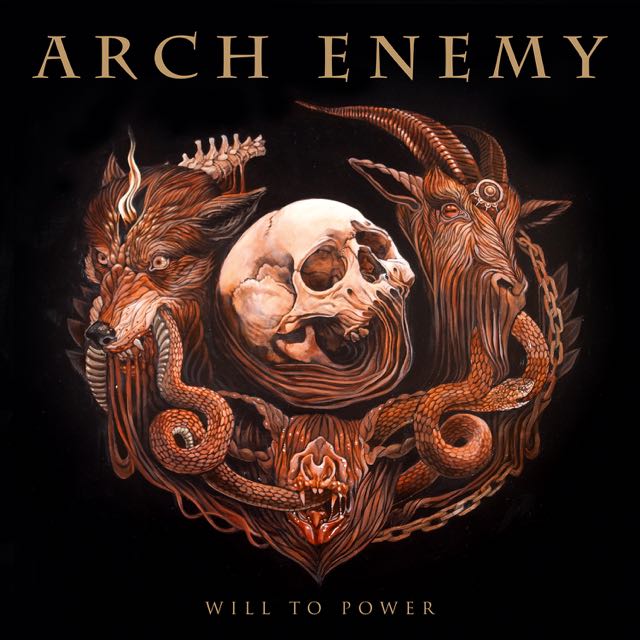 It is incredible to see how Arch Enemy is not able to deliver one bad album at all. Even when former singer Angela Gossow decided to leave the microphone and hand it over to Alissa White-Gluz, the band used this change for another boost forward. And when guitar hero Jeff Loomis joined the band just two years ago, it made the guitar duo of Mikael Amott and Jeff Loomis indestructible. Now three years after `War Eternal’, the album debut of Alissa, the band marches on and on with no end in sight. They don’t fear anyone or anything, because they can basically do whatever they want. They proof they have the balls to put a song like ,,Reason To Believe’’ on `Will To Power’, which let us hear Alissa sing with clean vocals for the first time. `Will To Power’ is not only an album, but also a statement. Arch Enemy is the blueprint of a successful extreme metal band these days.