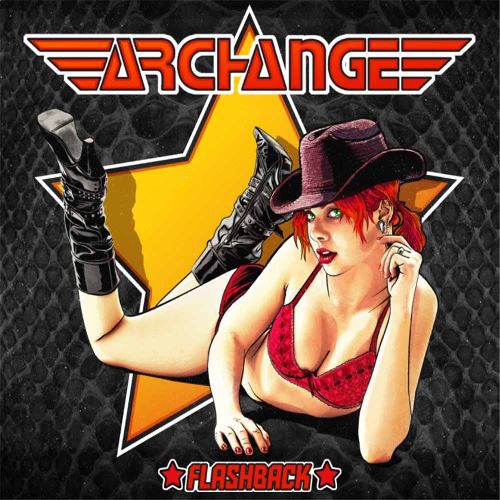 Although France is one of the biggest countries in Europe it is a bit strange that their rock and metal scene have never been huge. We know bands like Trust, Warning, Sortilege, H-Bomb and Ocean from the eighties and nineties but where is the follow up? Sure there are enough bands there but do they play a big role in today’s scene? Not too sure. Anyway Archange is another band that is giving it a go with their CD ‘Flash Back’ and it is pretty clear when you listen to the ten songs on this record that the four lads have tapped their influences from the eighties melodic rock as well. Singer Dan Pallas does not sound completely like Klaus Meine of Scorpions but the charismatic German has for sure been a major influence on Pallas. There is nothing wrong with that as there is also not much wrong with what Archange is bringing to the table but we have heard it all before. The songs rock away quite nice but after listening to this one for a few weeks now not much got stuck in my brain The band needs to develop an identity of their own in the near future, because with cliché songs like ,,Rock All Over You’’ you just are not going to win the war. Not a bad record to hear at first but these days the critical buyer needs a bit more.