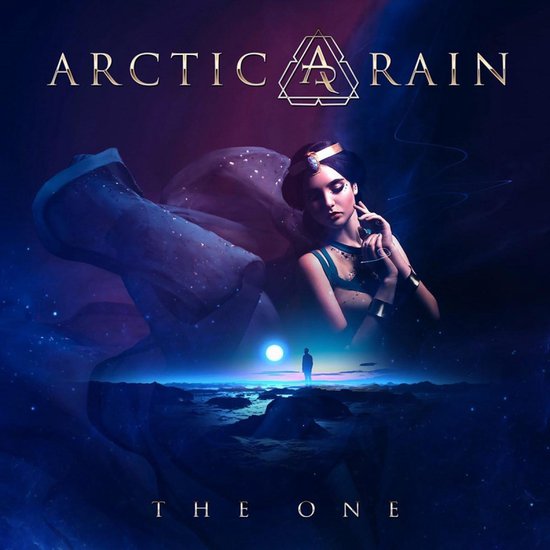 In Sweden the good bands keep popping up, no matter if they play progressive rock, doom, melodic metal or any kind of rock genre. Arctic Rain is a new group formed by composer/keyboardist Pete Alpenberg, guitarist Magnus Berglund and singer Tobias Jonsson, accompanied by bass player Gert Daun and drummer Jonas Jonsson. Frontiers Records has used Alpenberg in the past as a songwriter for several of their acts so it made sense that when he brought his own band to the surface the label would sign them straight away. When you listen to the eleven songs that are featured on ‘The One’ you will hear a lot of similarities with bands that have been around in the genre for a while. This band might not sound super original perhaps as the influences of bands like Mr Big, Foreigner, Dokken and Giant are undeniable but on the other hand Arctic Rain is certainly not pretending that they are shifting borders or exploring new avenues with or on this record. They admit the influences and do try to give their own interpretation and as a result we are listening to a good mix of rock ballads like the excellent title track and some beefed up rockers where the guitar of Berglund and the big voice of Tobias Jonsson play the lead roles. Add to that a quite modern production and you are confronted with a convincing melodic rock album that is strong and varied enough to battle it out with several similar acts in the genre. Pete Alpenberg can write a decent tune and furthermore he must have a modest ego as his keys are mainly used to colour the sound while all space is given to the singer and the guitarist. All in all a record that is a welcome addition although the band will find it not easy to make a big dent just yet, as there is so much out there in the same vein as ‘The One’. But take a chance and find out for yourself. I think you’ll like it.