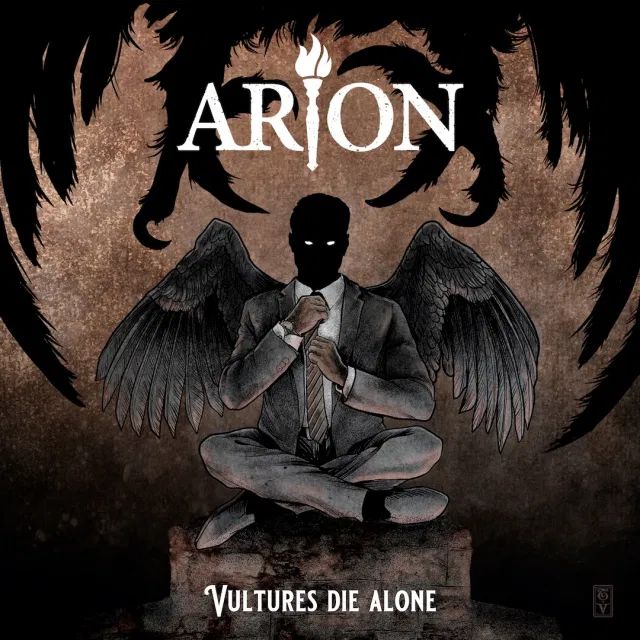 In late 2018 the Finnish rockers of Arion delivered their second album `Life Is Not Beautiful’. On that record the band around singer Lassi Vaaranen and guitarist Livo Kaipanen showed definitely some promise as they provided us with an album that combined symphonic, melodic and metal elements woven into some good songs. The album had a balanced mix between mid-tempo, fast and more balladesque songs but we noticed that during the fast songs somehow Arion sounded slightly chaotic at times. ‘Vultures Die Alone’ sounds like a natural progress on ‘Life Is Not So Beautiful’ but this time when the band accelerates, goes heavy and putting the tempo up it is clear to hear that there is a lot more balance in the composition and (especially) the execution. Especially the first part of the record is with songs like ,,Break My Chains’’ (sounds very powerful), ,,Out Of My Life’’ and ,,Bloodline’’ (featuring Noorah Louhimo) very interesting indeed, including some orchestral pieces as well. Arion rocks hard on these songs while the voices of Louhimo and Vaaranen blend well together. ,,In the Name Of Love’’ is a more ballad type of rock song while ,,Where The Ocean Greets The Sky’’ turns out to be a very subtle and sensitive instrumental that gives the album even more variety than it already has. Very orchestral and with quite a heavy guitar in there as well, actually one of the best songs on the whole album. Also closer ,,Until Eternity Ends’’ is a well-crafted ballad where Vaaranen sounds really emotional, touching and ‘breakable’. Looking at the whole picture Arion has certainly made the necessary progress and something tells me that this outfit can still grow some more in the future.