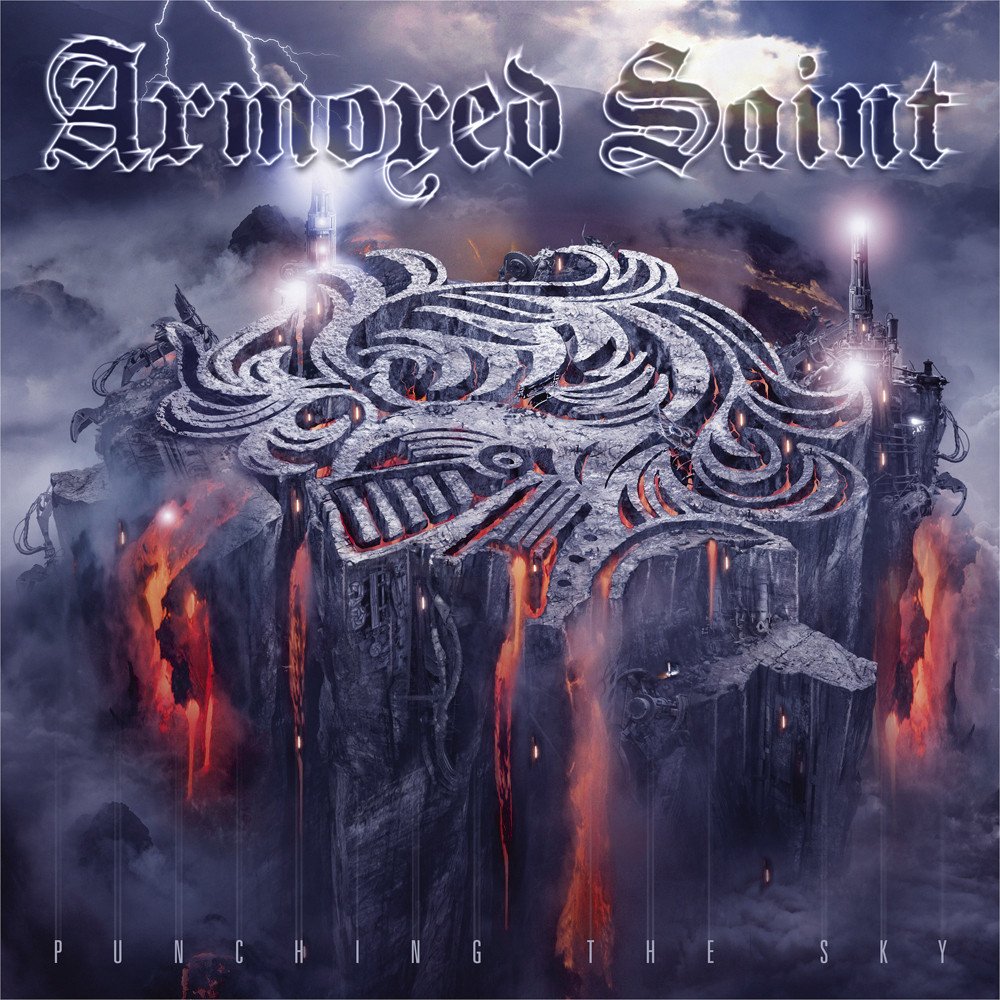 You can say about Armored Saint anything you like, but if you have been following the history of this group there is one thing that is hard to deny: Armored Saint has a signature sound! Whether it is because of the sound of the voice of John Bush or their style of metal: you can pick out their music anytime anywhere as they are so vintage and easy to recognise.

It was about time for a new studio CD after ‘La Raza’ and 2015 release ‘Win Hands Down’. In 2017 there was the live album ‘Carpe Noctum’ but that was with a total playing time off barely 38 minutes way too short in my opinion. With ‘Punching The Sky’ Bush, bass player/producer and main song writer Joey Vera, drummer Gonzo Sandoval and the guitar tandem Jeff Duncan and Phil Sandoval deliver a bombshell of an album that sounds as typical Armored Saint, yet is has different angles, variation, some twist and turns without the band losing even one second of their musical identity. The album has forceful songs like ,,Missile To Gun’’ (in my opinion maybe the best song on this CD). It is a track with a relentless rhythm, melodic twin guitars and John Bush’s power singing giving the song just the right amount of grit and aggression. And there are a lot more songs that have those typical ingredients in their DNA but also have this melodic variation that is so very important as this band is one group that absolutely does not want to repeat itself by doing the same thing over and over again. These power tunes are like a punch in your face most of the time and the whole album has turned out to be a great joy and I’ll bet your finger will heat the repeat button time after time again.

Great to see these veterans who never gave in to trends or anything like that have been able to follow their own lead (although they had some time off as well) once again and have come up with a balanced, varied but above all heavy bombshell of a melodic metal album that is as consistent as can be as all tracks are strong. Last song ,,Never You Fret’’ (also such a powerhouse!) has the phrase ‘we always bring the house down’. Ain’t that the truth!