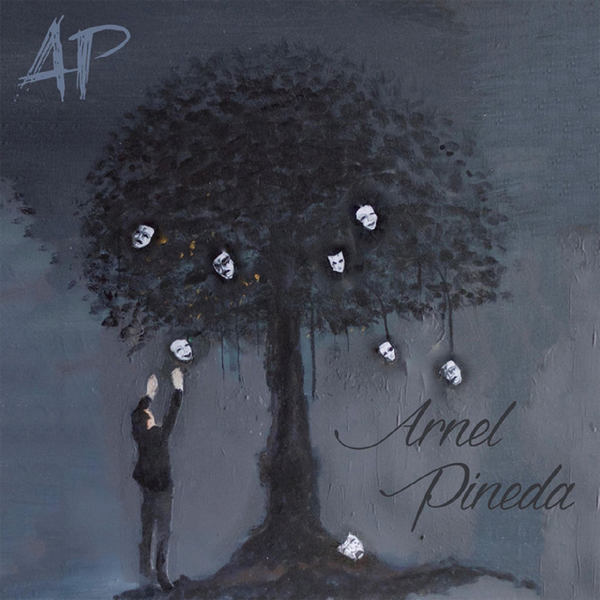 `Every mans’ Journey’ introduced us to the rock fairytale of a vocalist singing cover songs of his famous band suddenly being asked to fill the oversized shoes of his hero. It’s the story of Philippine native vocalist Arnel Pineda suddenly being asked by Neal Schon to join Journey. Throughout the years he managed to capture the imagination of many musicians with the intriguing story and his storming performances aboard the mothership of AOR and melodic rock. `AP’ is Arnel’s first solo effort and contains collection of the vocalists self penned songs, some of which he sings in his own language. Opening with the funky ,,Ewan Ko Ba’’ he displays a different side of the Perry voice which is only remotely recognizable. It suits the man perfectly although I must admit that the language is not really helpful to attract worldwide attention. It’s basically the same with the other tracks sung in his language. ,,Paumanhin’’ is a reggae fused pop tune and the gorgeous piano ballad ,,Hiling’’ displaying the little man’s stunning voice. The first time we hear his current employers’ lush melodic AOR thrown around is in the ballad ,,Wrong’’ that punches in with Schon-like guitars to run into the typical Cain piano swirls. An intimate ballad that opens powerful and really ignites ¾’s in with soaring vocals over powerful drum-guitar interaction, pushing the piano backwards. ,,Soulmate’’ is another half paced track with Arnel giving his best. A flamenco guitar is leading and the entire track is set in Spanish style. It seemly matches the vocal performance of Arnel. Finally, towards the end, the pace goes up in English sung songs. ,,Invincible Side’’ is a melodic rock track leaning on lavish percussion and drums. Semi acoustic it still shines brightly. Saving the best for last must have been Pineda’s thought. ,,Say Goodbye’’ (I Can’t Let You) is a loud and more pompous melodic rocker. One which would have easily fit any of the latter Journey albums for sure. An intensely powerful hook and fierce guitar riff propel the track, with Pineda shining brightly, ending this slow mover gracefully. `AP’ displays another side of Ernel Pineda, who we mainly know from his involvement with Journey. His roots and songs in his native language aside he delivers a neat calling card. It is however not shocking and one of the main problems is the fact that his English is not top shelf. Songs like the dull and sleep evoking ,,Owe’’ and (the wonderful) ,,Wrong’’ do reveal this painfully. Being mixed into the very front of the production makes it only worse. Needless to say this album will only be interesting for purists and his Philippine fans… and that’s a rather solid foundation to build a career upon.