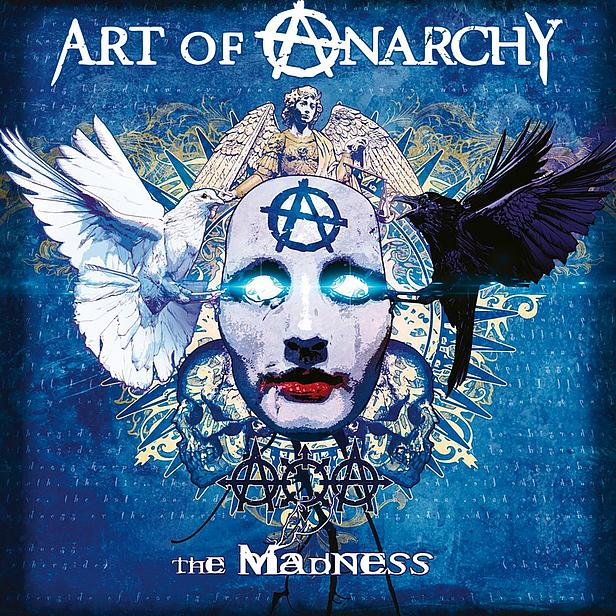 As the future of Creed hangs in the balance singer Scott Stapp has joined Art Of Anarchy to sing on their second CD ‘The Madness’. Stapp is replacing the deceased Scott Weiland who sang on the first Art Of Anarchy CD that came out in 2015, later saying that he was just involved in a project and not really part of the band. Anyway, guitarist Ron ‘Bumblefoot’ Thal (Guns N’ Roses), bassist John Moyer (Disturbed) and the twin brothers Jon (guitar) and Vince Votta (drums) hopefully have found a guy that will prove more reliable and that will enable this group to tour as well. Whether that is going to happen on a more regular basis is difficult to say as Scott Stapp is also a man with a certain reputation (ego…..). Whatever happens in the future, this album is well and safe in the bank and Stapp delivers on this release. The singer has this specific sound and timbre in his voice that is second to none. It was a guarantee for success for Creed and Art Of Anarchy could be seeing the advantage of having a top notch singer in their ranks very soon. I think Creed fans will love this effort. Stapp’s involvement steers the band into the Creed direction, but the overall sound of Art Of Anarchy is heavier, with excellent guitars and a gritty production. But because of Stapp specific vocals songs like ,,Somber’’ do make you think of Creed. But then ,,Dancing With The Devil’’ has this more metal approach in the tempo and sound, so it is absolutely true that Art Of Anarchy does try to create something of their own. With ,,Somber’’ and ,,Dancing With The Devil’’ two of the very best songs on this CD are mentioned followed by ,,Afterburn’’, another ferocious rocker with ‘mad man’ guitar acrobatics from Bumblefoot and Jon Votta. The conclusion for this one is that the five musicians have really stepped up to the plate and have come up with a hard rocking and entertaining product.