ART OF ILLUSION-X Marks The Spot 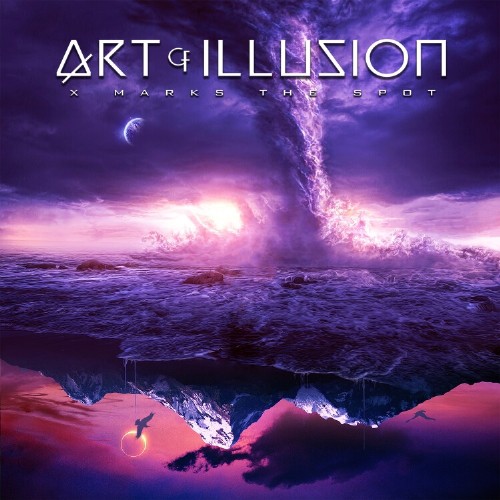 ART OF ILLUSION-X Marks The Spot

As the current situation in the world limits the opportunities for musicians to execute their trade in front of an audience people are for looking other ways to stay active. After the last Work Of Art album band leader Robert Sall announced that he would put the band in the fridge for a while which left singer Lars Safsund in a bit of a hiatus. Sure, in Lionville and Enbound he has other bands that he sings in but the singer needed a fresh challenge and found that in Art of Illusion where he joins forces with producer/multi-instrumentalist Anders Rydholm who we know from Grand Illusion. Lars and Anders took a part of the name of their most important group they worked in to come up with Art Of Illusion. Anders Rydholm has written the songs and is up to his play- and very colourful antics, playing keyboards, rhythm guitar and bass while a bunch of experienced guitarists came in for the solos, like Jay Graydon, Kristian Larsen, Pelle Holmberg and Daniel Lydholm while Frank Nilsson took place behind the drums to give ‘X Marks The Spot’ the much needed dynamics. This is very much an album for people who like thoughtful worked out AOR songs with lots of classic and even neo-classical orchestrated features. You will most likely notice that composer Anders Rydholm must have been a fan of the old Toto and Queen when you hear the playful tracks like ,,4AM’’, the short track ,,Waltz For The Movies’’ and the very versatile song ,,My Loveless Lullaby’’. At times the tempo goes up which adds to the variety that is key to this album. Opener ,,Wild And Free’’ and ,,Go’’ are prime examples. Our good friend Lars Safsund feels right in his element with these songs as they give him all the room he needs to treat us on his singing abilities that seem to have no boundaries. He can do it all and that is exactly what he does on ‘X Marks The Spot’, an album that has all the ingredients a fan of melodic rock and AOR is looking for. Warmly recommended!