ASHES OF ARES-Throne Of Iniquity 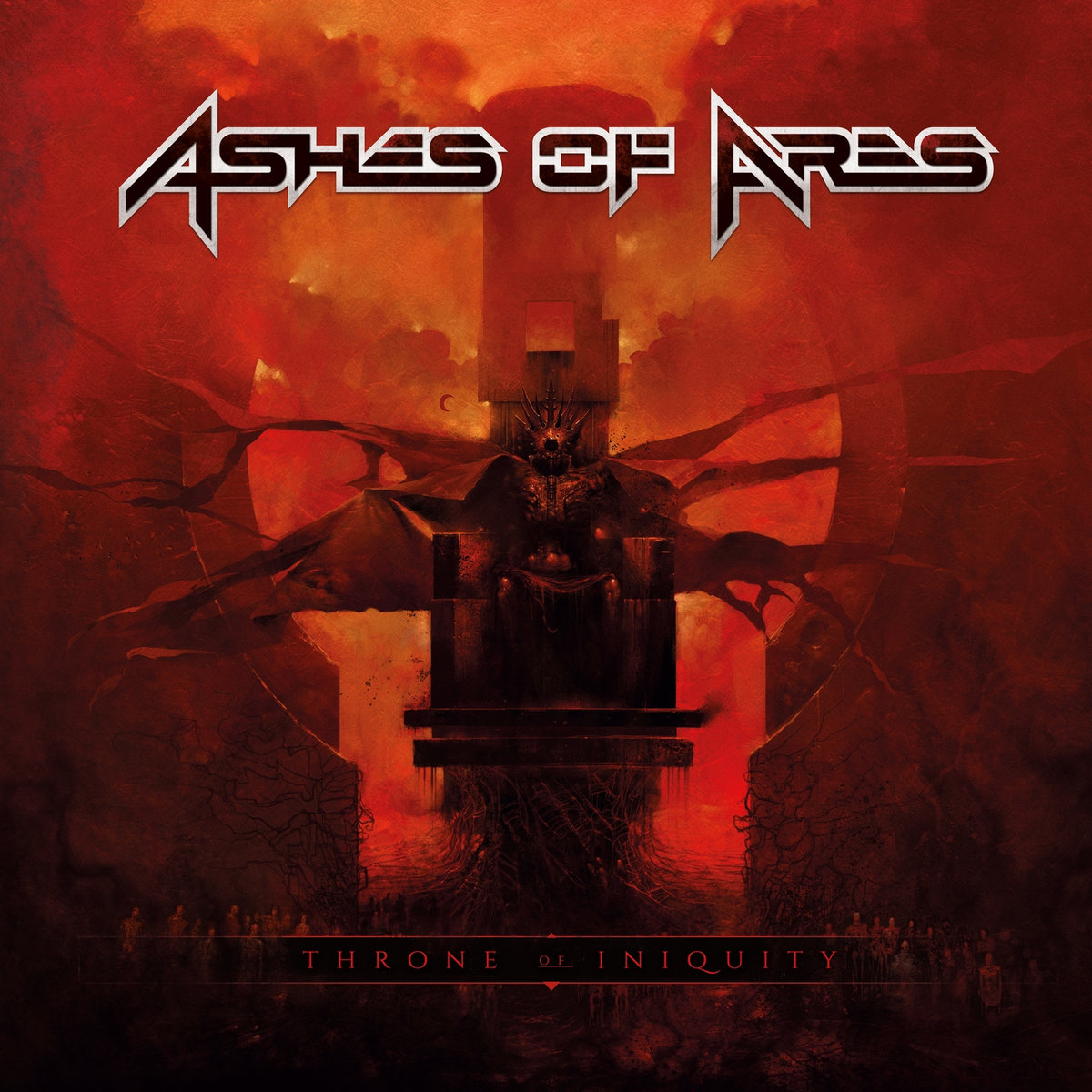 ASHES OF ARES-Throne Of Iniquity

Freddie Vidales and Matt Barlow joined hands for two magnificent releases with their project Ashes Of Ares. Working on the follow up, to be released in 2021, the band recently unleashed `Throne Of Iniquity’ on the metal world. An EP physically released on handcrafted black vinyl 12” featuring two cover versions of classic rock hits drawing up the B-side of the release.

On `Throne Of Iniquity’ the duo is accompanied by Kyle Taylor on drums, while Ray Hunter laid down the acoustic guitar tracks for the cover version of ,,Dust In The Wind”. Vidales and Barlow are the beating heart and soul of the project and they sign off on the majority of duties as expected. The new song opens with awesome shuffling resonating drumrolls. The supporting bass line is deep and upon the break Barlow takes the helm. His typical powerful performance is interlaced with sections of neurotic Halford-ish screams and Ozzy-reminiscent whaling vocal work. As the song ponders forward with double bass firing, Vidales’ guitars are taking the spotlight, especially midway during the break. Its guitar melody goes alongside the keyboard harmonies before going off the cliff and dive into a steep great solo. Barlow whales and returns to his unique form on the refrain while the piercing vocals in the back retain. The multi-layered approach deepens the overall sober construction of the drum driven track. Power metal at its fist-pumping best.

Paying tribute to two of classic rock defining moments, Ashes Of Ares doesn’t take the obvious route. Chicago’s ,,25 or 6 to 4’’ is less than expected from a power metal band. The song works wonder well with this the AOA make over. Barlow shining with powerful deep and sharp-edged vocals giving the song the kick and punch needed. Vidales freewheels through the hammering drums and injects the jazzy elements of Chicago with his metal playing. The solo of the original is approached with grace until it slowly starts to flower with an intense metallic edge. It all adds up perfectly.
Whistling announces the epic rock classic ,,Dust In The Wind” from Kansas. Close to the original the opening whelms genuine style without lacking the appeal of the original. Suddenly the song morphs into a metal track with exquisite guitar elements and uplifting solo. Not straying from the original it pierces more metal. The only discomfort are Barlow’s vocals. Though it adds to the power of this rendition, it also doesn’t feel comfortable. Musically it really diverts from the original, but vocally I cannot find peace with it. Sorry.

`Throne Of Iniquity’ is a solid production and raises the bar after the band’s `Well of Souls’ album. It marks the quality of the duo as well as their genuine approach to metal. Both cover versions aren’t what we expect from a metal band, but it certainly hints the band’s stubbornness and unique perspective on music. Let’s see what the new album brings… you have my attention!