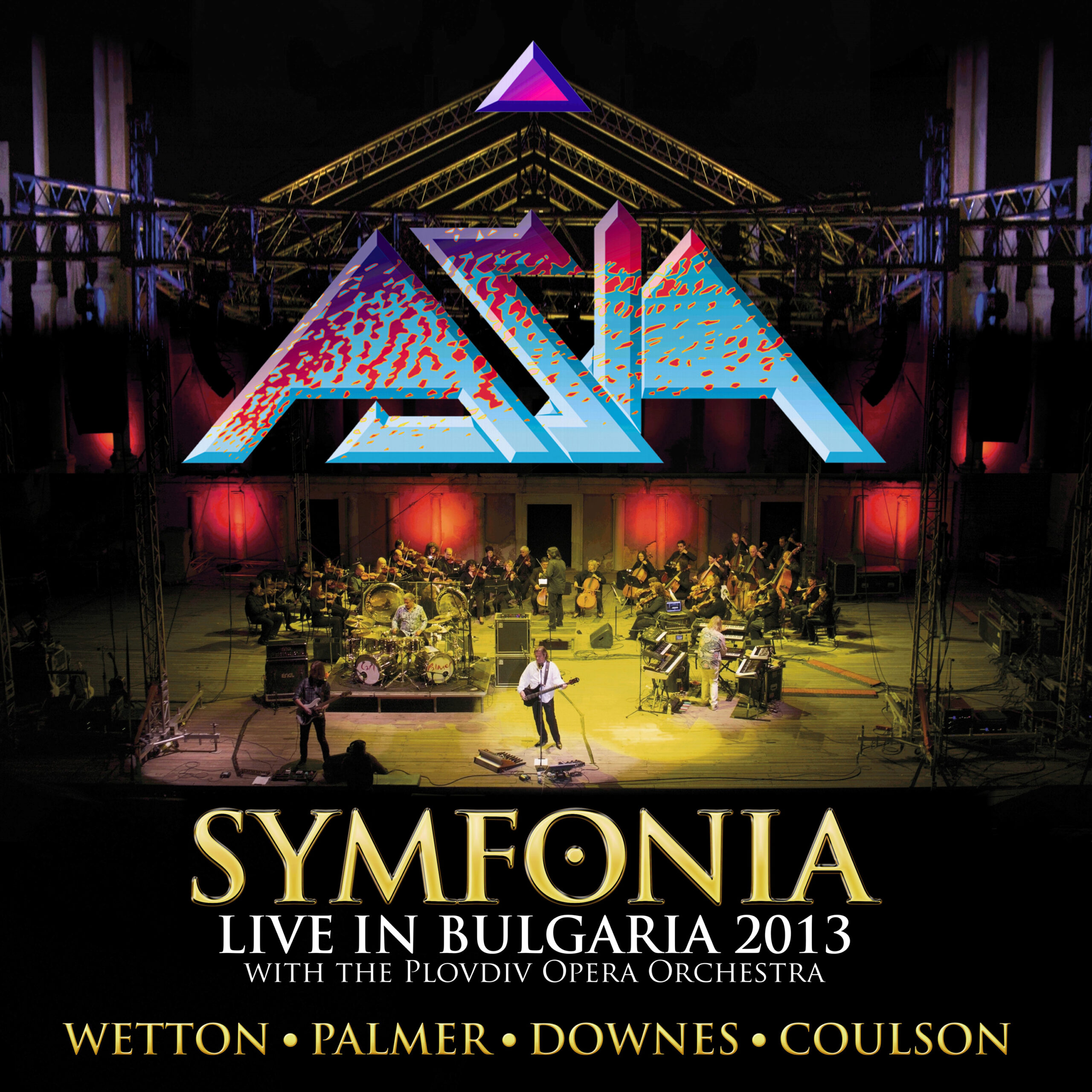 It is a bit weird to release a live double CD and DVD more than 3.5 years after the recording of a gig that Asia did in the Bulgarian town of Plovdiv in September 2013. Apparently the show has already been broadcasted on Bulgarian TV at the end of 2013. I must have missed that…. The gig in Plovdiv was one of the first the band did with guitarist Sam Coulson (the replacement for Steve Howe) in the line-up. With him the band recorded and released the studio CD ‘Gravitas’ in 2014, which makes the timing for the release of this product even stranger. It seems that Asia is planning a new CD and tour for 2017. Hopefully singer/bassist John Wetton is making a speedy recovery, as he is receiving treatment for abdominal cancer. It would be great to have at least one more Asia CD with John on vocals, drummer Carl Palmer (who saw his ELP bandmates Greg Lake and Keith Emerson passing away in 2016), Coulson and keyboard virtuoso Geoff Downes. Let us wait and see what happens there. The last thing we want is to let go of another great musician like Wetton. I think more than enough heroes passed away in 2016, so hopefully 2017 will be a much better year on that front. On several songs you can hear Asia being reinforced with The Plovdiv Philharmonic Orchestra, giving the songs a bit more colour and bombast. ,,Only Time Will Tell’’ is one of the songs that sounds really cool with the orchestra helping the band along. The sound quality is as you might expect from a group like Asia quite excellent, although Wetton has some (rare) flat moments in his performance. But the man is still a force to be reckoned with as he is superb on the acoustic version of ,,Heroine’’ while also ,,The Face On The Bridge’’ (one of my favourite Asia tracks) is a highlight as is ,,The Smile Has Left Your Eyes’’ with a great solo from Coulson. Add with that convincing interpretations of the classics ,,Heat Of The Moment’’, ,,Don’t Cry’’, ,,Wildest Dreams’’ and ,,Sole Survivor’’ and fans of symphonic rock have an early Christmas present in February from one of the most important groups in the symphonic rock genre.