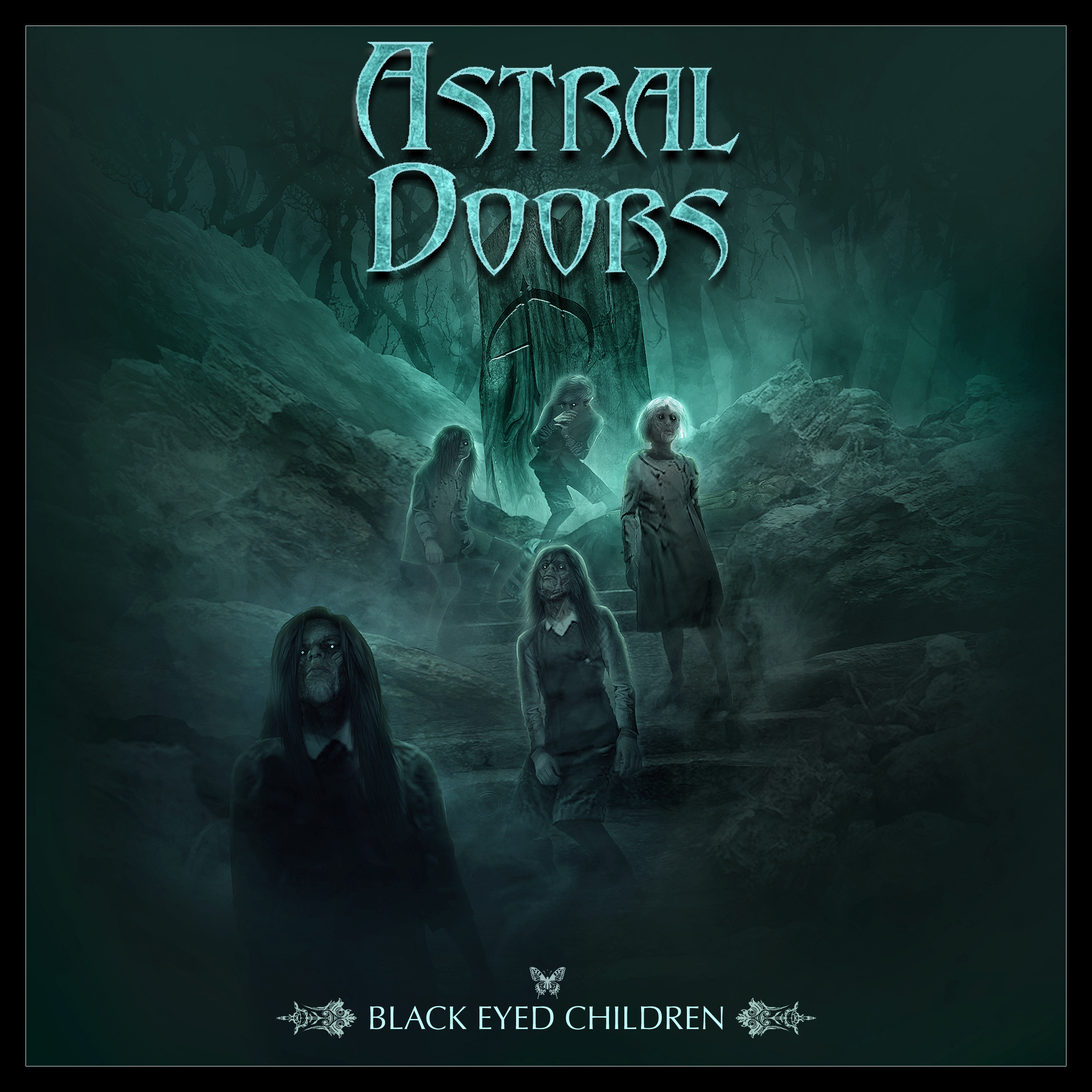 On their eight album Swedish metal merchants Astral Doors stick close to their guns or are they? Since 2002 the band around singer Nils Patrik Johansson pounds out heavy metal clearly influenced by bands like Black Sabbath, Dio and Deep Purple (and perhaps a bit of Manowar as well). And they have always done that in style on strong albums like ‘Jerusalem’ and ‘Notes From The Shadows’. Heavy guitars, subtle keyboards and above all the relentless and powerful voice of Johansson who sounds like a cross between the late great Ronnie James Dio and Tony Martin. Is the band sounding a bit different perhaps on ‘Black Eyed Children’? For most of the time that is not the case. Astral Doors is holding on to their own approach, combining sheer power, speed and darkish lyrics. But there are also several songs now where the band sounds a bit more melodic and some tracks have a bit more of a ‘softer’ touch. ,,Tomorrow’s Dead’’ for instance might sound typical like Astral Doors but there are several mood changes and a lot more melody than ever before. It does this album a world of good. Also a big bonus is the great sound. The CD was produced by Johansson but mixed and mastered by Eclipse bandleader Erik Martensson. But don’t be fooled! Astral Doors stay true to their metal colours on songs like ,,Die On Stage’’ (heavy!!!!), ,,We Cry Out’’ ,,Lost Boy’’ and the more epic title track of this album (love the organ on that one). All put together it is very clear that ‘Black Eyed Children’ is a typical album for Astral Doors, but where Hammerfall has failed to make their music a bit more attractive by just repeating their act over and over again, Astral Doors has done the opposite by just adding a bit more melody to the sound without losing their identity or any of their power. That is how you survive these days!