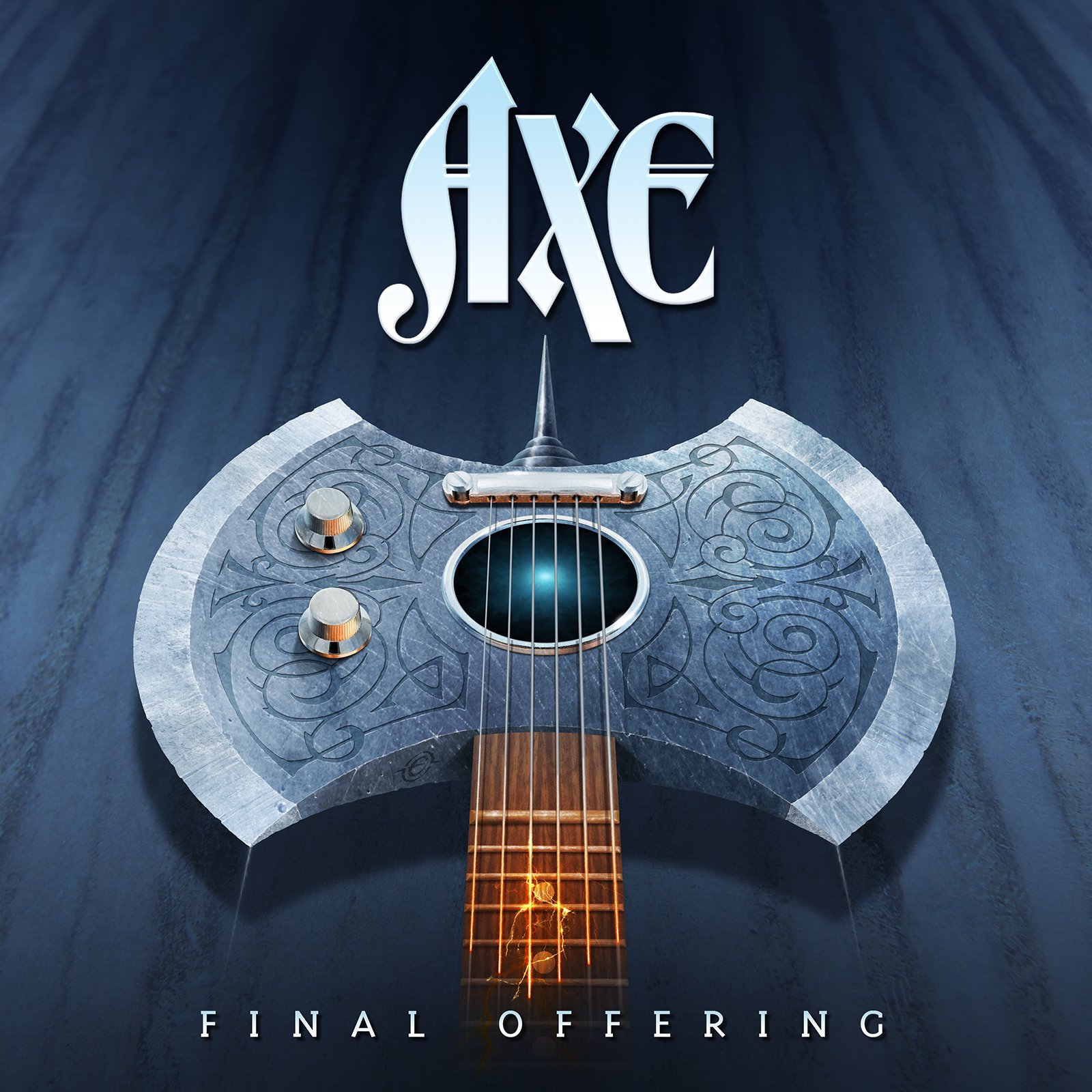 With ‘Final Offering’ it looks like the last chapter in the history of Axe has been written. A history that started around 1977/1978 when three members of the band Babyface decided to change the band name into Axe. Guitarist/singer Bobby Barth, Edgar Riley Jr (keyboards) and bass player Michael Turpin added guitarist Michael Osborne and drummer Teddy Mueller to the line-up and the band is signed by MCA. The musical course is melodic rock and AOR and the first two albums are quite excellent (‘Axe’ and ‘Living On The Edge’). Both albums don’t really do much. When Blackfoot manager Al Nalli gets involved things change for the better. The band switches to Atco Records and musically chooses for a melodic yet heavier approach resulting in the classic ‘Offering’ and ‘Nemesis’. Things abruptly end when Barth and Osborne are involved in a car accident. Barth survives but has serious injuries, Osborne unfortunately dies. About a year or so later Barth releases the solo-album ‘Two Hearts One Beat’, an album dedicated to the memory of Osborne. The band is in a hiatus for quite some time. Barth has spells in Blackfoot and the band Witchdoctor and he works with Rose Tattoo singer Angry Anderson before restarting Axe with new singer Bob Harris (ex-Boulder, a band that also had a certain Stan Bush in the line-up). The German label MTM Records signs the revived Axe and several new albums like ‘Five’, ‘Axe (Twenty Years From Home)’ and ‘The Crown’ see the light of day. Barth is also active as producer working amongst others with the band C.I.T.A. Around 2012 the band gets disbanded for a second time and yet again Bobby Barth has a spell with Blackfoot before semi-retiring as his health and especially back issues prevent him from playing live. Luckily he has found the energy (after being asked by Escape Music owner Khalil Turk) for one last roll of the dice using musicians that have been part of the band more recently like vocalist Bob Harris, second guitarist Brad Banhagel, drummer Scott Misner, bass man Gerald Berger and keyboardist Craig Gysler. But also former Blackfoot bassist Greg T. Walker makes an appearance on the album. For me ‘Final Offering’ is a summary of the Axe styles that have been displayed on the older albums. AOR, melodic rock, a bit of a southern flavour and more hard rock based stuff, it is all there on ‘Final Offering’. And of course the strongest point of the band is there as well. Axe has always had great ballads on their albums like ,,Forever’’ or ,,Silent Soldiers’’ and also ‘Final Offering’ has a few diamonds available. I always thought that the warm and somewhat husky voice of Bobby Barth flourished on those type of songs and the tracks ,,Road To Damascus’’, ,,Land Of Our Fathers’’ and the acoustic closer of the CD ,,Years Slip Away’’ prove my point. Bobby Barth has lost nothing of his touch as singer/composer/guitarist. Also Bob Harris sings his heart out on several tracks (,,Fire & Stone’’ for instance). I can’t say that all songs on ‘Final Offering’ are of the same class and quality (,,Money’’ is a bit boring) but all in all this album is an intriguing and at some phases a quite monumental end of a band that should be remembered as a classic melodic rock band that never delivered a bad album. Quality music throughout a career of many years that have brought Bobby Barth several highs and lows and with this record he has ended it on a high writing some moving liner notes in the CD booklet as well. Hopefully this will not be the last we have heard of Bobby Barth.