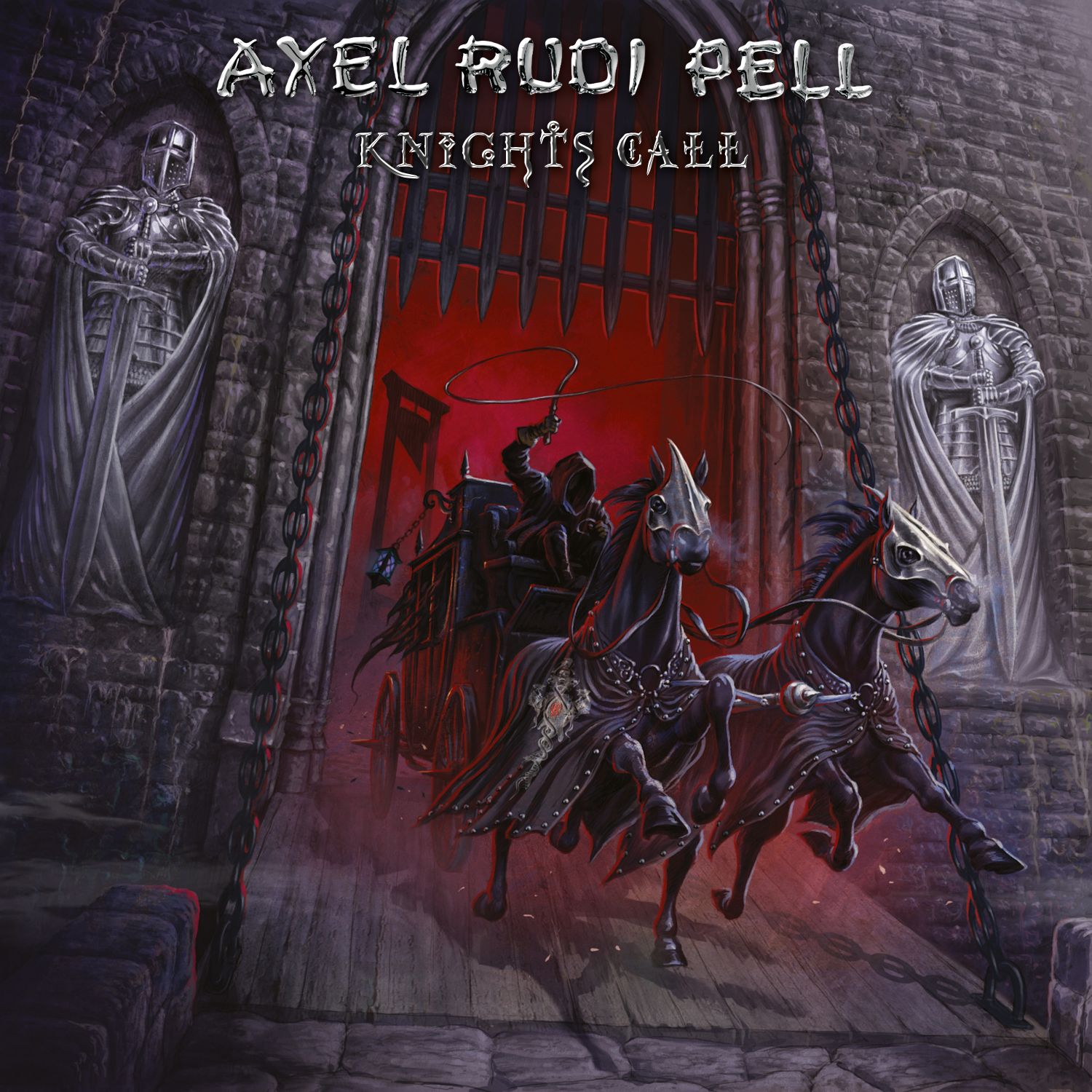 In a biography that normally accompanies a new CD more than often you get the same story. This is the best CD so far and more of that blah blah. With Axel Rudi Pell’s 17th studio CD ‘Knights Call’ things are described different. Pell is an artist who has been flying under the radar during his 30 year career but he surely is not invincible. Exactly right! Guitarist/songwriter Axel Rudi Pell is happy with his career. He knows that he will never fill arenas but the man has carved out a certain spot for himself in the European hard rock and melodic metal scene, a spot that has brought him a certain amount of respect. Often critics say that there is no development in his music, that it is more of the same. I do not completely agree with that. From day one Axel has determined his own style based on melodic classic heavy rock, call it a combination of artists like Rainbow, Black Sabbath, Deep Purple and not to forget Jimi Hendrix. During the years the man has developed and perfected his style, did not follow any trends and did not try to put in songs that might become a hit. Axel has chosen for longevity instead of quick success and the fact that he is still around after his first CD in 1989 [before that he recorded two albums with the band Steeler] proves that he must have done a thing or two right. And it would be unfair to say that he is just repeating himself. For the last years he has surrounded himself with a bunch of musicians that are important for the sound and style. Axel writes the material and comes up with certain guidelines for his musicians but only a fool would not take advantage of the bright experience that seasoned musicians like Johnny Gioeli [vocals], Bobby Rondinelli [drums], Ferdy Doernberg [keyboards] and Volker Krawczak [bass] bring to the musical table. And Axel is certainly no fool. The recipe that the five musicians have cooked up on ‘Knights Call’ may be a familiar one but that does not mean that it is not tasty. I mean, Gioeli is a top vocalist with a reach from Amsterdam to Tokyo and the songs are a pleasure to the ears if you are a fan of classic rock and metal. ,,The Wild And The Young’’ is a fast and furious opener of the album, ,,Truth And Lies’’ an entertaining instrumental, ,,Long Live Rock’’ has anthem trademarks while ,,The Crusaders Of Doom’’ and ,,Tower Of Babylon’’ are two long epic songs. Yes, the recipe is familiar and the way the record is built up is nothing new either, but nobody can deny that ‘Knights Call’ is again a high quality album, one that will for sure consolidate the position Axel carved out for himself in the rock world. A position that is a bit under the radar perhaps but certainly not invincible!