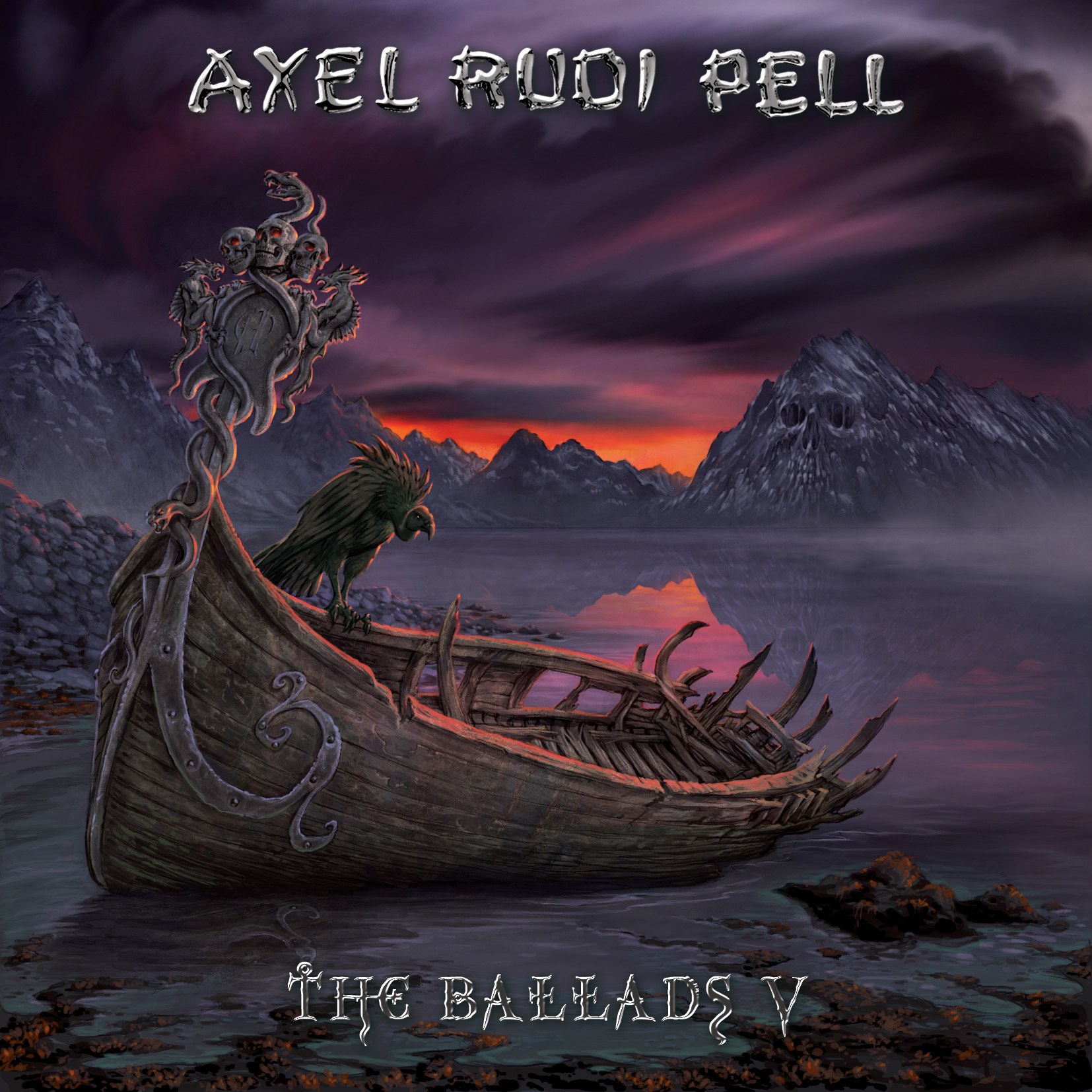 Since 1989 German guitar virtuoso Axel Rudi Pell keeps us entertained with his solo albums containing neo classical heavy rock heavily influenced by Hendrix, Deep Purple, Black Sabbath, Dio and Rainbow. I followed Axel right from the start and am not surprised that he has come up with a fifth release with just ballads. Every five to six years a Ballads CD comes out, containing some softer and slower tunes taken from albums he made in that time period, accompanied by some new compositions and this time also some live recordings. It is a concept that has proven to be successful for ‘Der Axel’, as several of these compilations charted in the German CD charts, proving that there is a certain demand for this type of release by Pell and his band. It is always about the material that has been not been released yet. I believe for the first time in his long career Axel has invited a guest singer to join regular throat man Johnny Gioeli for a duet. You might have heard of female singer Bonnie Tyler perhaps, quite a stunning looking woman in her day and she had several hits like ,,It’s A Heartache’’ in the pop rock circuit. She was often described as the female version of Sir Rod Stewart because of her husky voice. Apparently Axel wrote the track ,,Love’s Holding On’’ especially for Bonnie who came to the studio and nailed it flawlessly. Her voice sounds excellent in combination with the pipes of Mr Gioeli adding another highlight to the song catalogue of Axel. It is a good composition as well, with all the typical Pell elements. ,,I See Fire’’ is a song originally by Ed Sheeran. As I hardly listen to the pop radio stations I do not know this song. I mean, as soon as I see the face of that guy my stomach starts to turn, but this is a very nice song indeed where Ferdy Doernberg plays an intriguing piece of piano and Gioeli owns the song with his big reach. And a characteristic Axel solo is there as well. Axel and his band have given this song a complete workover. With that I mean that it sounds now like a real and genuine rock ballad. Must be better than the original I never heard…. The third new song is called ,,On The Edge Of Our Time’’, again a song that is so like Axel Rudi Pell, that is it safe to say that the man has truly managed to create his own sound. It is also because of Gioeli’s voice that you can pick a Pell song out of the line-up with your ears closed…. On the live front the track ,,Mistreated’’ (Deep Purple) has been selected from the 3DVD ‘Magic Moments’, recorded in 2014 during a show in Balingen where Pell celebrated his 25th anniversary as solo artist. The song is sung by Doogie White. ,,The Line’’ in a live version has never been released before and is a nicely played track but not really shocking the earth. ‘Ballads V’ has also a bunch of songs that have been released before, so it is about the new stuff which is good, without a doubt. Whether it is enough for you to get this release on CD or MP3 is up to you. In the meantime Axel is penning some new tunes for a regular studio CD scheduled for release in the beginning of 2018. There seems to be no rest for the wicked!