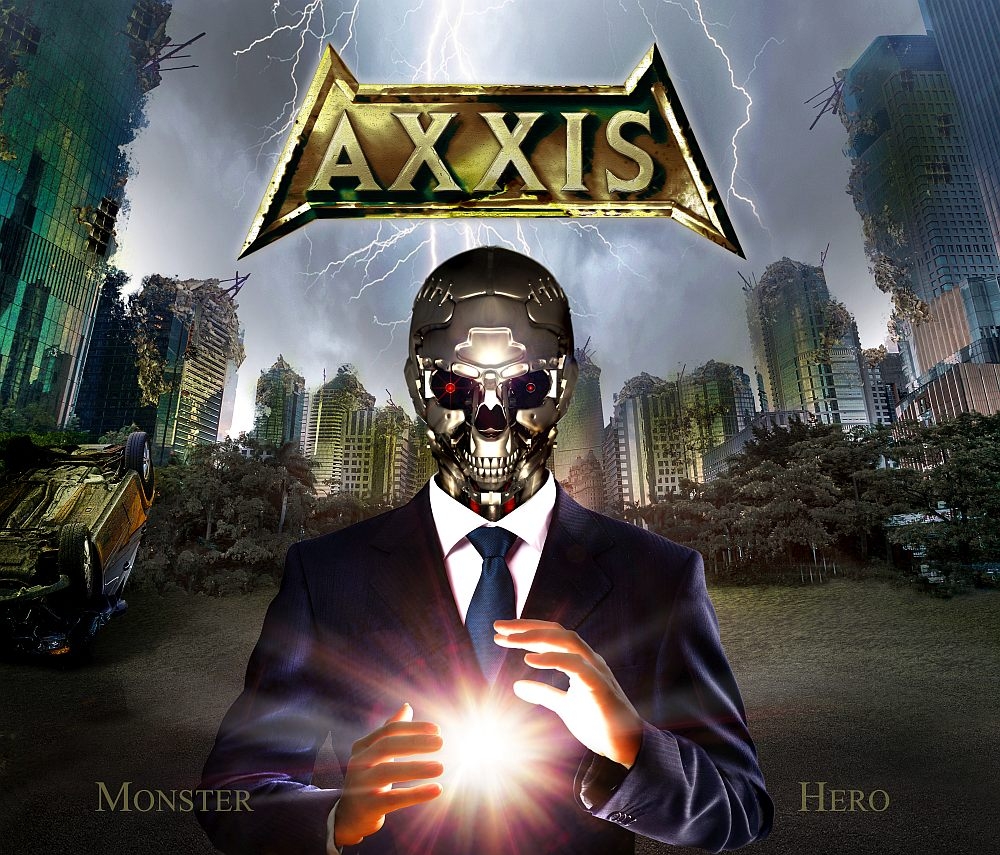 German outfit Axxis has been around for a cool 30 years now and in that time built up an impressive catalogue of studio and live albums, compilations and DVD’s without becoming extremely popular. This band does not need much outside help either. Singer Bernhard Weiss and keyboardist Harry Oellers have established their own record company, they have their own studio and have their musical destiny in their own hands. They regularly are able to tour through Germany and a few other countries so it is safe to say that this melodic heavy rock band from Lunen, Germany is doing fine. For a band that has been around all that time I must admit that Axxis sounds energetic, fresh and have a fine musical mix between traditional and more modern heavy rock up their sleeve. In fact ‘Monster Hero’ clearly proves that these veterans are very alive and very kicking as the sound and songs on ‘Monster Hero’ are quite heavy, full of pace, yet melodic and delivered with a kick and a punch. Their last CD ‘Retrolution’ was okay but ‘Monster Hero’ is so much better. Weiss and Oellers have really poked up the fire by composing some kick ass songs like ,,Glory Of The Brave’’, ,,Make Me Fight’’, ,,Gonna Be Tough’’ and ,,Firebird’’. All these tracks are heavier than ever before compared to older material in the long Axxis history. It is like this group has found another stint of inspiration which has sent them into overdrive. The high level of good songs and ditto execution is kept up almost throughout the whole album, even the nasal sound and accent of Weiss is not disturbing at all. No idea what has brought this on but ‘Monster Hero’ is Axxis’ finest album in years and has given Oellers, Weiss, guitarist Stefan Weber, bass player Rob Schomaker and drummer Dirk Brand a new lease on life. Axxis has managed to transition into a modern sounding hard rock band without losing the more traditional elements in songs like ,,All I Want Is Rock’’. Okay, that track is very cliché but it fits nicely between the other up beat material. I doubt whether this album is going to improve the status of Axxis but it surely won’t do them any harm!