AXXIS-Virus Of A Modern Time 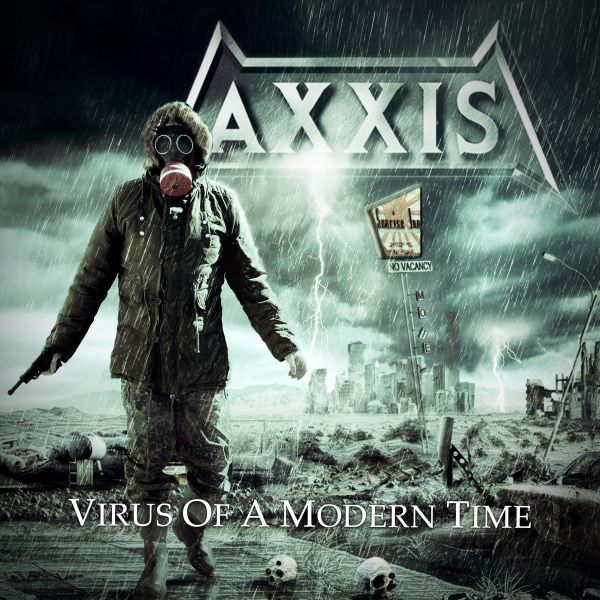 AXXIS-Virus Of A Modern Time

April 12, 2020 by Michel van de Moosdijk - More about our team
While working on their new studio record the Coronavirus also broke out in Germany, the home country of these veteran rockers (been around for more than 30 years now). Singer Bernard Weiss and keyboardist Harry Oellers (the main musicians of the band) thought back at a project for which they provided the music the Promotheus Brain Project, a theatre project that went in production in 2007 in Germany. To cut a long story short it is about a foreseer who more or less predicted a virus going around in the world, it’s a prophecy that has been fulfilled in 2020 with devastating consequences. So the duo and the other band members recorded the seven songs for that project and decided to release it as an EP, only though on a digital platform. It was not such a difficult job to do, as the songs were already there and as Axxis (read Oellers and Weiss) have their own recording studio and record company, it was a piece of cake for these veterans to make use of the actuality that the Coronavirus is on a daily basis and put this EP together. Sung in a combination of the German and English language, the songs can all be described as melodic hard rock in a style that Axxis has been playing since the start of their career. For a fan of the band certainly worthwhile listening to but for the general rocker the release has nothing really surprising to offer. It is melodic heavy rock of a very decent quality with the nasal sound of Weiss leading the way on songs like ,,Babylon’’, ,,Mother Money’’, ,,Last Eagle’’ and ,,Virus Of A Modern Time’’ (featured in two versions).