AYREON-Electric Castle And Other Tales 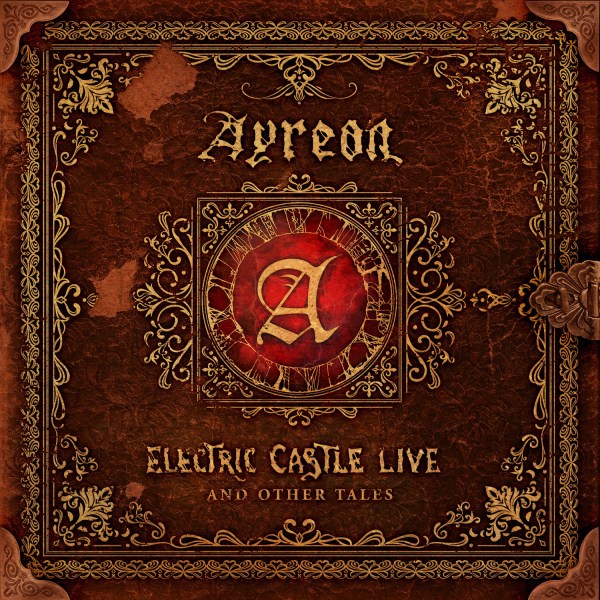 AYREON-Electric Castle And Other Tales

When one man and his dream can entice an entire city and unify thousands of people from all over the world, you know that magic is in the making. When Tilburg was dubbed Ayreon-ville by many last year, it summed up the magnitude of Ayreon’s live shows performing the elusive `Into The Electric Castle’ in its entire onstage. Not only was it a rarity that the recluse Arjen Lucassen again took his music to the stage, it was also rare to see fans from all over the globe set sail to The Netherlands for the occasion flooding the town. With the city hosting the event adding to the experience with flags waving at the entrance roads; restaurants creating Ayreon special menus, special brewed craftbeer on the tables in bars, and an extensive exposition of the artwork used on his many albums, the experience was tremendous.

Captured by dozens of cameras the experience can be relived at home with the release of the concert in many different formats. The 2CD and album version of the performances are as enticing as the show itself and I won’t even zoom in on the magic radiating of the edges of `Electric Castle Live And Other Tales’. It is so well crafted and executed and the band really took the music of Lucassen into orbit. The line-up consisting of all the stars of the original cast, with the addition of many guests, makes this experience shine in extravagance. The execution of the songs is energetic and packs tremendous power. The organic sound is scattering of the perfectly produced recording. It radiates, it shines. The performances are astounding and jaw dropping. The musical execution is top shelf!
From the narrative opening by John De Lancie onwards we are taken on a journey through time and space. A journey that set Tilburg afire and nests deep in your imagination. ,,Isis And Osiris”, ,,Time Beyond Time” and ,,Castle Hall”, it is all there; and so much more…. Musically it just sparks and the band fires on all engines. Ed Warby is one of the best drummers walking this planet and he provides a rock solid backbone to the progressive symphonic tunes. Together with bass player Johan van Stratum (Vuur, SOP) and Joost van den Broek (SOP, etc), Warby inject a throbbing pulse to the bodywork of the songs, as long time participant and sidekicks of the creator. All guitarists (Marcel Singor, Ferry Duijsens, Bob Wijtsma) are intensely adding to the organic overall sound and the many special guests and musicians tied to the project are all stellar in their performances. To make the orchestration more compelling, the squad is expanded by cellist Jurriaan Westerveld, violin player Ben Mathot and pianist/keyboard wizard Robby Valentine. Adding the most is the insane skills of the background vocalists that provide so much depth to the tracks that most of the magic in the performances feels all encompassing and natural. Anneke van Giersbergen (Vuur, The Gathering, etc), Dianne van Giersbergen (Ex Libris) and Marcella Bovio (SOP) colour the music with their vocals. All vocalists from the album(s) are present (Damian Wilson, Fish, Edward Reekers, Robert Soeterbroek) as well as Jaycee Cuijpers and Edwin Balogh to add their specific skills and sounds. There are just too many members to mention and I hope none will feel offended not to be present in my review. One we may not surpass is mastermind Arjen `Ayreon’ Lucassen himself who is mainly involved in the creation rather than taking the spotlight constantly.
And just how genius Lucassen is displayed when the band takes on Marillion’s classic hit ,,Kayleigh”, that never sounded this powerful before! With CD2 ending with Star One’s ,,Songs Of The Oceans” you immediately hit the repeat button the endure the entire show again and again. It is that infective. The stage show itself was evoking many “oohs” and ‘aaaaahs” also present on this live recording and the applause doesn’t seem to end after every track all add to this experience.

`Electric Castle And Other Tales’ is essential for all Ayreonauts out there. It is an ever-enduring experience enjoying this masterpiece executed live. Every spin you get lured into the show and its countless goosebumps minutes are revealing just how well this is performed. The many formats in which it will be released also add to the collectability of the release. Pull out those wallets and get ready for a treat!