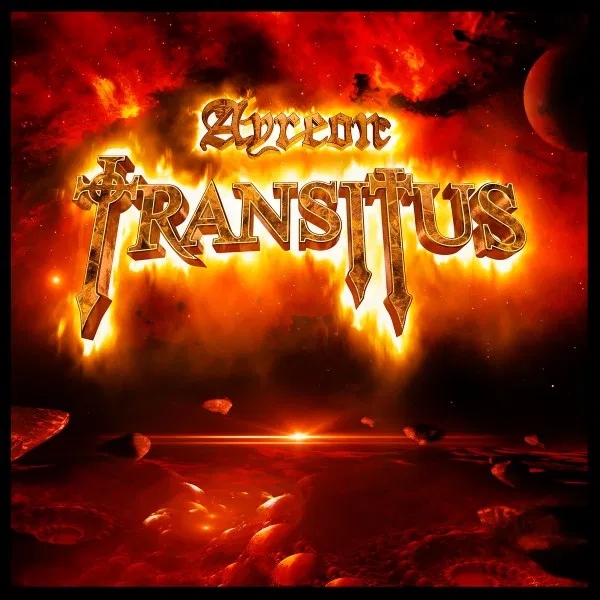 It was somewhere in 1995 that Arjen Lucassen who had a past in the bands Bodine and Vengeance invited me and a bunch of then Aardschok co-writers over to the studio of his good friend and producer Oscar Holleman (ex-Vengeance) to make our acquaintance with Ayreon, a new project that the guitarist/composer had cooked up. My good friend Ernst van Ee (Helloise and Highway Chile) already told me that it would be something special and that he had played the drums on the album. So armed with a sceptic mind I must admit that I was blown away with the music, the singers and the whole concept and it would later become a little tradition that Arjen when he had a new Ayreon record ready would come to our office and give us a test if we could guess some of his guest singers, accompanied by a nice piece of cake and coffee. Time after time again he amazed me with his enormous imagination and now, some 25 years later and several Ayreon, Gentle Storm, Ambeon, Star One, Guilt Machine and Stream Of Passion albums and projects later his imagination and enormous creativity is still in overdrive mode. Luckily for mister Lucassen he no longer preaches for a small parish. Ayreon has grown into a massive worldwide musical and visual monster and although he never really liked the stage and live performing due to the constant demand of his audience he gave in for some concerts that were filmed, recorded and released, becoming spectacular pieces of music. Great shows, superb stage designs and a cast of talented musicians and singers joining the shy Lucassen who managed to enter the stage to play himself although he always preferred a role in the background organising and directing the happenings. Ayreon has become a household name in the progressive rock and metal world and Lucassen deserves all the credits for that. Look at the list of musicians that during the years were very keen to help out singing or playing any kind of instrument. The list of guest participants is impressive and overwhelming. After the 2017 release of ‘The Source’ and in between some concerts he started working on the concept for ‘Transitus’ having a change of direction and even personnel in mind. During the last couple of months Arjen regularly appeared on Facebook talking about the choices he made in personnel and about the concept of the new opus. The most surprising choice he made in my book was a change of drummer. With the exception of the first Ayreon album drummer Ed Warby has appeared on all other Ayreon albums and DVD’s but this time he was told that his services were not needed as Lucassen felt that with the things he had in mind for ‘Transitus’ a change was needed. His old pal Juan van Emmerloot was asked for the drum duties (Juan recently released a stunning EP with his own project G 30 entitled ‘Tutto Be Okay’) and he surely has not disappointed, as his innovative way of playing gives the double album with 22 tracks the direction Lucassen had in mind. In general ‘Transitus’ is more theatrical and for certain more experimental than most of the other Ayreon releases. The pace is slower as well and it is something that is a main difference in comparison with the other albums. It is something fans will need some time with to adjust. The cast of musicians and instrumentalist is as always immaculate. Kamelot singer Tommy Karevik as Daniel and Cammie Gilbert of Oceans Of Slumber as Abby are the main characters in this story that starts in 1884 and the storyline is about these two people that are being exposed to elements of horror and some supernatural happenings. The story of ‘Transitus’ is very dark indeed. The narrator is nobody less then Tom Baker (a.k.a. Doctor Who) whose deep and dark voice gives the atmosphere of the album a slightly darkish and scary character. Further important singing roles are being executed by Dee Snider, Simone Simons, Paul Manzi, Johanne James (our columnist for this web magazine) and Amanda Somerville and there are guest spots for guitarists extraordinaire Marty Friedman and Joe Satriani. Arjen Lucassen has in several Facebook messages talked about the musicians and the deeper meaning of ‘Transitus’. He has changed things around but not in such a matter that his fans will be wondering what they are listening to. There are a lot of ‘usual’ Ayreon elements there on ‘Transitus’, the changes are more in the dynamics and the pace. More intense and with a more’ acting’ element in the performances of the male and female singers. ‘Transitus’ is an album that you have to be patient with. You have got to take the time to get into the lyrical and musical content only to find out after countless spins (once again) that Ayreon (read Arjen Lucassen) is something that can be described as the genius of the progressive rock movement of the last quarter century. As usual ‘Transitus’ is available in different formats with lots of extra bonus material. It is just a matter of getting in early if you are willing to spend some serious money! I actually was surprised to find out that ‘Transitus’ did not claim the first spot in the Aardschok soundcheck this time around. Maybe no album of the month for some but it will do well in the sales department as the quality is there like it always has been the case with Ayreon. It has been an amazing ride for Arjen Lucassen since that first album 25 years ago and somethings tells me that we will hear from him again in the near future.