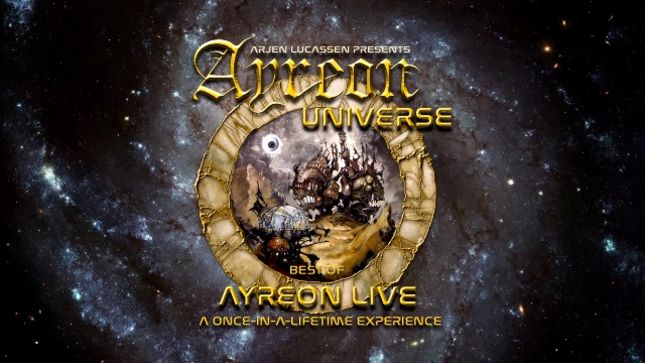 Ever since Ayreon, aka Arjen Anthony Lucassen, released his first album called ‘The Final Experiment’ in 1995, I have been a huge fan and now the “master” of progressive rock, releases a sublime live album. ‘Universe, The Best Of Ayreon Live’, features 28 tracks, of which two (,,Intergalactic Space Crusaders” and ,,The Eyes Of Ra”) are not “really” Ayreon songs, as these are from the Star One ‘Space Metal’ album. ‘Universe’ is a marvellous musical experience, featuring 16 singers and 11 musicians, inclusive mister Ayreon himself, playing guitar and singing on ,,The Castle Hall” and ,,Amazing Flight In Space”. This album is a magical, musical rollercoaster ride, featuring 26 Ayreon tracks from all the nine Ayreon albums that have been released so far. The sound is superb and the musicians and singers are all second to none with Floor Jansen, Damian Wilson and Edward Reekers as the top-notch performers. The highlights from this spectacular album, for me, are: ,,Dreamtime”, ,,Merlin’s Will” (both from the first Ayreon album), ,,And The Druids Turn To Stone” (‘Universal Migrator Part 1’), ,,Everybody Dies” (‘The Source’), ,,The Castle Hall” and ,,Amazing Flight In Space”, both from the more than excellent album ‘Into The Electric Castle’. Personally I would have loved to hear more from ‘The Final Experiment’ and/or ‘The Human Equation’, but you cannot have it all, I guess…. However, this is a must have album for all Ayreon fans and for all lovers of excellent, original progressive rock music. I think that this album will probably turn out to be the best live recording of the year 2018!!! Highly recommended and also check out the DVD of course!!!