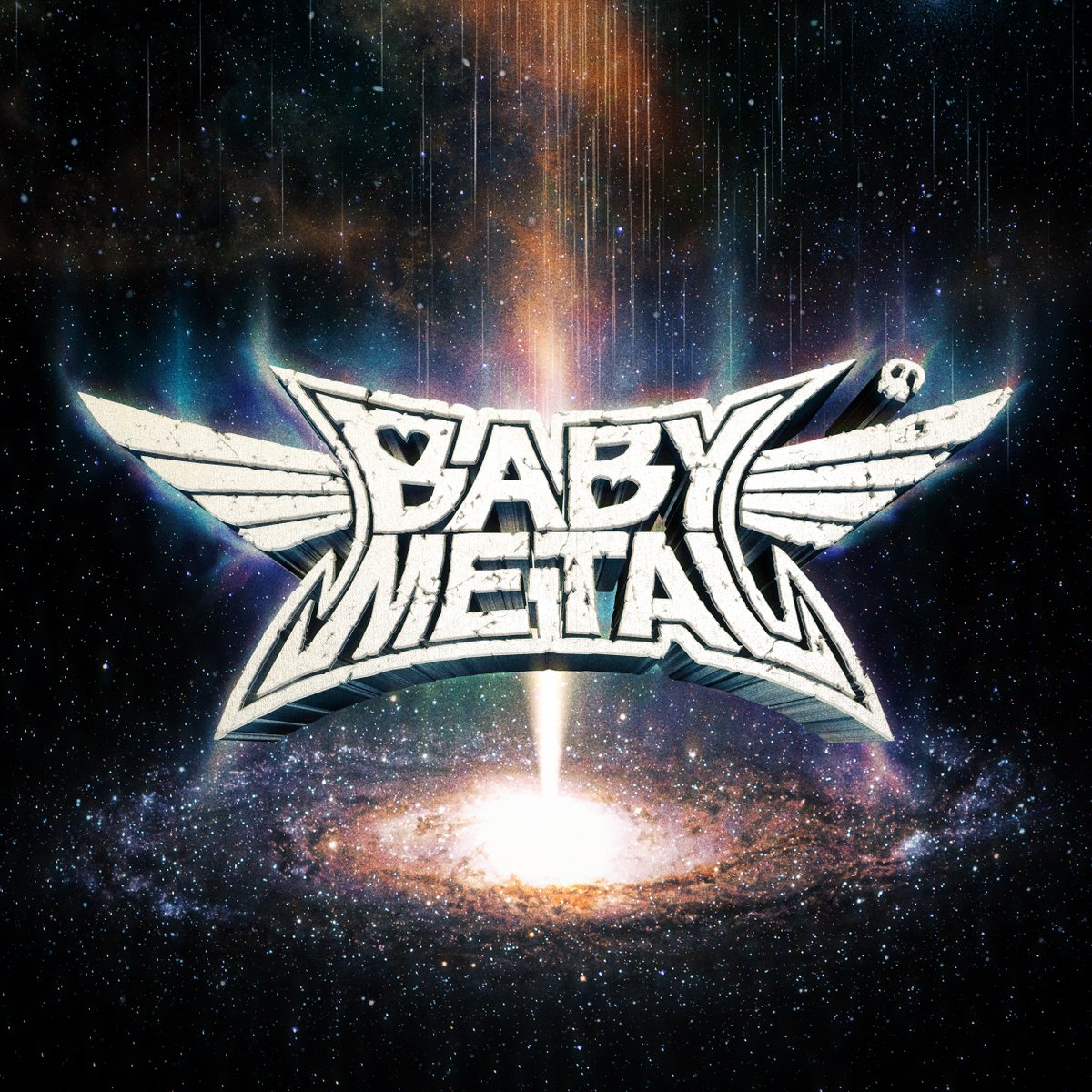 Who could have predicted their star to be rising this fast?
The Japanese dancing pop stars YuiMetal, Mao-Metal and Su-Metal managed to create quite an uproar with their act and shot into stardom with their blend of J-pop, metal and electronic dance beats. With founding member Yui out, it is up to Su and Mao to take the band into the future. Their new album is packed with the typical ingredients and is raved about by fans, but is it worth the effort?

I don’t want to be bashing their trendy pop-fused electronic metal, but much to my feeling the new album is simply god-awful! I can’t listen to it for more than a few songs. It is too synthetic with electronics brought to the front way too much. It is dominated by high pitches and electro-pop, which are destroying my appetite completely. Even my noodle-soup died in the blur of pop and metal. It is my general feeling towards Babymetal, but the new `Metal Galaxy’ simply lacks the power its predecessors did more frequently display. ,,Da Da Dance” is point on ridiculous and leans more on J-pop and electronic dance than metal. ,,Elevator Girl” opens with those ferocious riffs and hard driving bass, but is completely overthrown by the electronic overhaul. With the parts displaying the dominant riff and drum interaction, Babymetal delivers, but the effort gone to waste by the clinical overhaul of the chorus. Guitar Wizard Takeyoshi Omura displays his impeccable fierce riffing and soloing, but his efforts die in beauty. ,,Shanti Shanti Shanti” is pulled forward by a riff and dance beat with Bollywood sauce. ,,Oh Majinai” starts off with growls and grunts to evolve as a Celtic Riverdance-like metal track. The intros to most songs are hope giving, but after a few seconds it all morphs back into the electronic and clinical op-soup. The Kami-band’s best intentions drown in the electro buzz, and even the riffs are produced with a clinical underscore. I’m sorry, but only 6 songs in I turn the knob and kill the agony. I’m not even zooming into the vocal presence of both dancing dolls Mao-Metal and Su-Metal. Their high-pitched voices simply drill my nerves over and over again.

Babymetal will definitely please their audience, and giving their Euro tour being sold out on most dates, there is a market. For me however, it never fires and it is only Omura’s intelligent riffing and soloing making it worthwhile… for 15 minutes, that is. Fans of the band will disagree, and it is their right, but I miss the surprise as much as I miss the power. Babymetal’s new album `Metal Galaxy’ is just not my cup of tea…