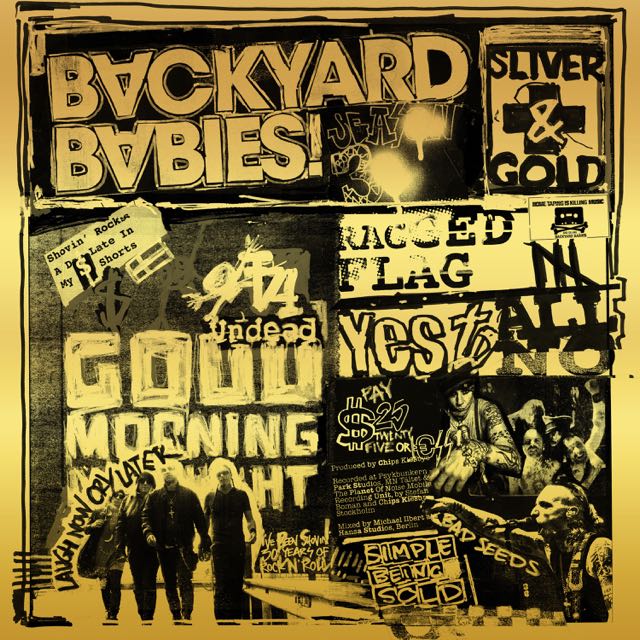 To be quite honest, I thought [still do by the way…] that ‘Four By Four’, the last Backyard Babies album, released in 2015, was actually quite boring indeed. Especially if you compare that album with their best one called ‘Total 13’, which was released in 1998. ‘Sliver & Gold’ is the title of Backyard Babies’ eighth studio album and again it is probably a love or hate/dislike album, as the album contains nine up-tempo rock and roll-like songs and one ballad-like pop song. Luckily, I can say that ‘Sliver & Gold’ is at least a lot better than their previous album, although songs like ,,Yes To All No” or ,,Ragged Flag” are again rather mediocre tracks indeed! ,,Shovin’ Rocks” is the first single and that one, featuring a very catchy chorus, reminds me of a bad imitation of a KISS song, while opening track ,,Good Morning Midnight” is not a bad song, but not a real killer track for the opening of an awesome album. All the nine up-tempo tracks clock under 4 minutes and as I stated before, they are not bad, but also not that good or special in any way. I would describe them as radio friendly pop/rock and roll songs with ,,Bad Seeds” [cool riff] and the title track as the best of the rest. Actually, I like the last track ,,Laugh Now, Cry Later”, the best; it is a sort of ballad with a nice guitar solo and accordion at the end. But, honestly, I do not think that ‘Sliver & Gold’ will end up in my top 20 albums of 2019, so check it out for yourself…..