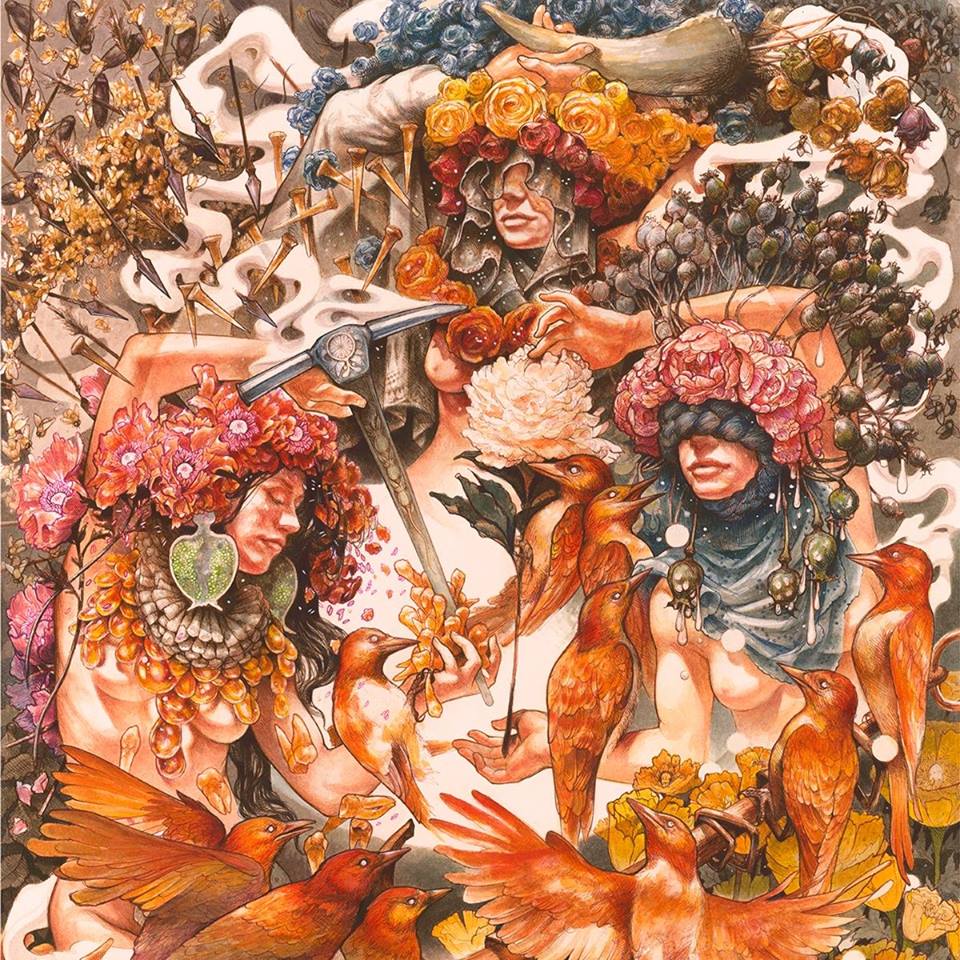 Four years ago, I was able to put together my thoughts on a Baroness album already. I was really impressed on how the boys put together a strong statement after a very tragic happening in their life, surviving a horrible car crash with their bus a couple of years earlier. Now fast forward to 2019, Baroness is back. Before I talk about the music, I’d like to point out that this is one of the releases you most probably want to buy on vinyl for a simple reason: the artwork, once again designed by singer and main man John Dyer Baizley, is simply amazing. It’s an amazing painting where you can dive into it and find more details the more you look into it. But back to the music. It seems that the “new” line up that got together 6 years ago has been grown together much more to develop the Baroness sound and make each other stronger in all aspects. They also found their Baroness in Baroness with the newest addition on lead guitar Gina Gleason who contributes her skills onto the first album being part of the band. Baroness changed and improved their sound from a heavy rock band in a very straight forward, complex but enjoyable to listen to progressive heavy rock band. It’s amazing to explore the same amount of details in their sound, as I mentioned before in the artwork. It all comes together very well and provides the listener an unforgettable sound experience.