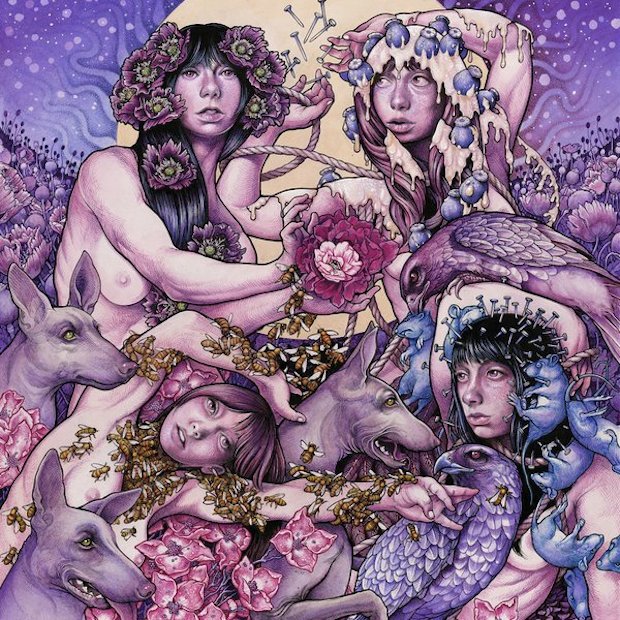 The tragedy that happened to Baroness three years ago would probably terminate every other band immediately. A horrible bus crash almost killed the whole band while being on tour. Luckily, none of the members got killed, although they were severely wounded. Even though the rhythm section left the band a year later, Baroness went back into the studio with new forces on drums and bass to record the long awaited follow up to ‘Yellow And Green’. As expected, the new record is not only a new record, it is a statement of strength and survival. No one and nothing can get in the way of Baroness at all, eat this destiny. ‘Purple’ combines old and new rock elements in its perfection with songs to be performed live immediately, all over the world.