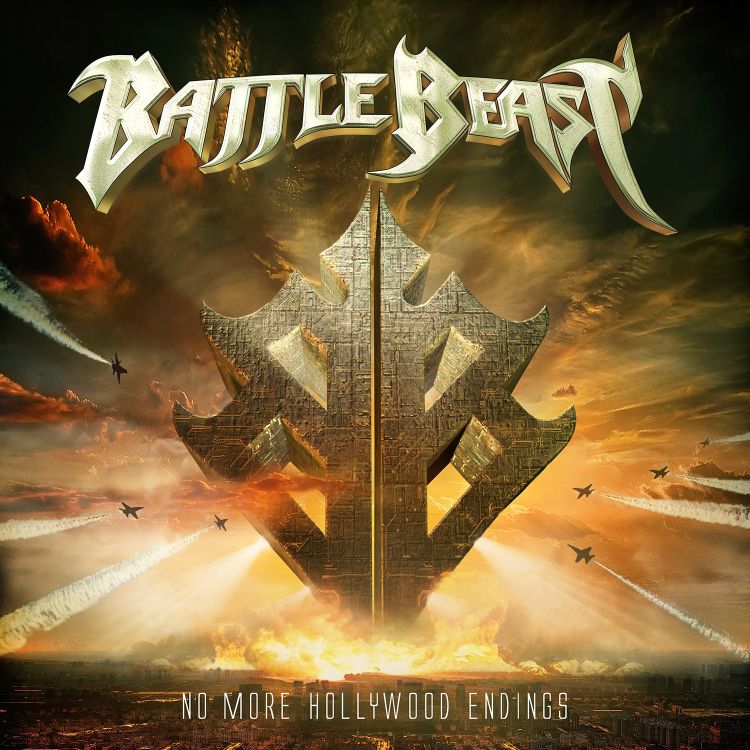 During the past years, Battle Beast from Finland made it clear, they’re to conquer the world. Looking at the chart position, its only one way they go with four albums in the Finnish top ten already and climbing up in more and more countries as well. So where’s the target for the brand new record ‘No More Hollywood Endings’? I’m sure no one expect a drama, or a horror scenario but a real Hollywood Ending with a third consecutive number one record. Of course, for all keyboard-power metal fans, the brand new album is a must have. With a singer like Noora Louhimo the band definitely hit the jackpot. This woman is equally talented as she is hot and can pull a hell of a stage show. I have to admit, it’s not my favorite kind of music, but I can definitely say that this band won’t disappear for a while. Why should they, as they are climbing from success to success, breaking out of their homeland and battle for glory (by the way, does anyone remember the toy line called Battle Beasts? Nevermind). The beast will dominate 2019 in your players and on stage for sure, so you better grab your copy and help them celebrate this and the upcoming year with a Hollywood ending.