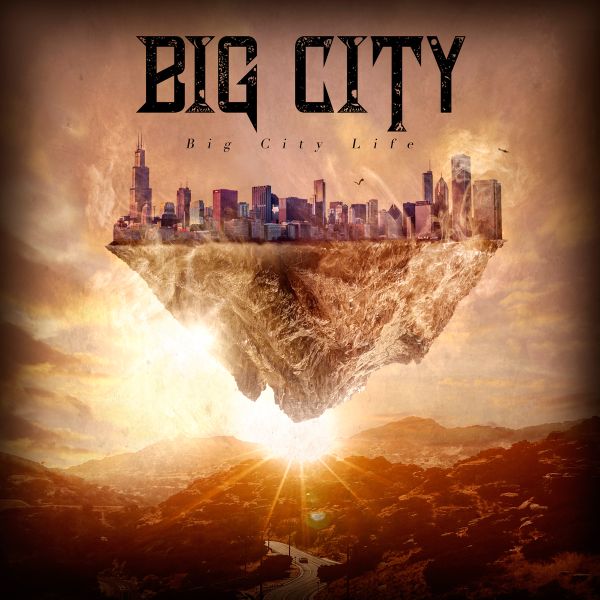 The 2013 first CD ‘Wintersleep’ of Norwegian outfit Big City (consisting of members of Withem, Scariot, Blood Red Throne and Memoria Avenue) never saw the light of day and ended up being released only as a digital download. So the band and their record company decided to include that album with their brand new CD ‘Big City Life’ as a bonus. Not being familiar with Big City I first concentrated on the ten songs from ‘Wintersleep’ before starting on ‘Big City Life’. What I heard were ten very mediocre melodic rock songs with a rather ‘hesitating’ performance from singer Jan Le Brandt. So you might understand that I was a bit apprehensive when I started to consume the ten songs on ‘Big City Life’. Not expecting too much I must say that Big City has improved quite a lot. Especially the sound, production and songs have dramatically improved for the better and even the performance of Jan Le Brandt is convincing and more confident. This is a melodic rock CD with shredding guitars (listen to ,,Rocket Man’’ and ,,Running For Your Life’’) and a quite ballsy sound. Not saying that Big City will conquer the world (the ballad ,,Home Again’’ is a bit on the blend side) but the fat and juicy guitar cocktails of Daniel Olaisen and Frank Orland are most of the time pleasant and crunchy and the songs are now at least above average quality. It is without a doubt easier and more pleasant on the ear then what TNT has put out on their latest record ‘XIII’, so it might not be such a bad idea if melodic metal rockers take a sneak peek and get to know these guys via their songs ,,Rocket Man’’, ,,Daemon In The Dark’’, ,,Tower Of Babylon’’ (with a great part for the acoustic guitar halfway through the song, for me by far the best track on the CD) or ,,Running For Your Life’’. Five years can make a whole lot of difference. Big City is the living proof of that.