BILLY SHERWOOD-Citizen: In The Next Life 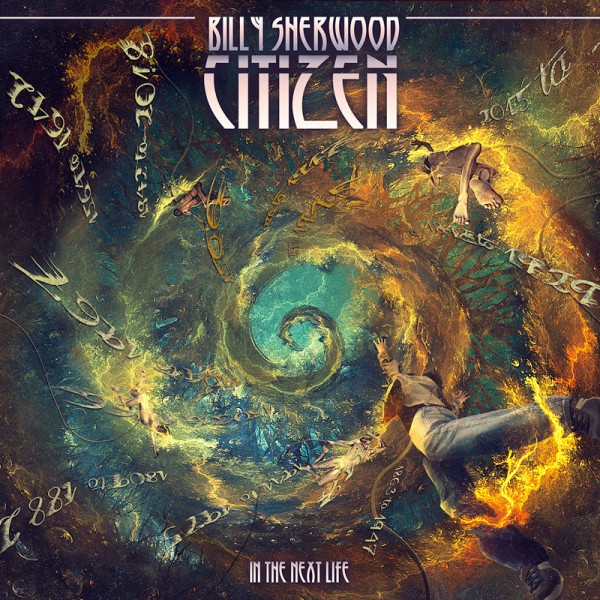 BILLY SHERWOOD-Citizen: In The Next Life

Following the release of the first `Citizen’ album in 2015, Billy Sherwood returns to the frontline of prog with the second offering of his concept. The Citizen is Sherwood’s outlet to impose his views on history transcended from the eyes of historic figures such as Monet, Earp, Columbus, and even Hitler as he ‘reflects’ the dying days of WWII. It’s a concept mastered by Sherwood’s sheer genius and characteristic stubborn musical views aligning with a likewise lyrical content. Part 2 crystalizes his vision and warps us back into history on a new musical journey through time.

Unlike the first offering, Sherwood casted aside the star studded line up of friends used during the recording. His envisioned journey is projected onto music and he executes it all by himself. Multi instrumentalist Sherwood is the man for the job, which Chris Squire himself stated as he added Billy to the line up of YES. An obvious choice proven on Sherwood’s past albums recorded with Lodgic and World Trade. Progressive symphonic arrangements with breath taking oozing vocals and gripping melodies, take us on a musical journey. The ghost of Yes’ immense catalogue and Sherwoord’s wide array of projects are keenly intervened with the serenity of the concept. ,,Sophia” and ,,Monet” are prime examples of Sherwood’s keen ear for gripping melodies over ebbing emotional vocal lines. Tapping from an entirely different vein is the folkish ,,Skywriter” with throbbing bass and flutes adding an entirely different tone over the lush tingling keyboards. The multi layered drum and bass interaction propels the song on a harmonious wave of delight. It is light-footed but packs impressive musical craftsmanship, with typical Yes choruses and layers of harmonies. Stellar and much alike is the homage to Dr. Hawking on ,,Via Hawking”. Little spacy with dominant bass and pompous proggie keys underneath lush soloing guitar, it propels like a spacecraft. Contrasting deeply with the jazzy prog march of ,,We Shall Ride”, or the Yes-ish ,,Sailing the Seas” and the prog monster ,,Mata Hari” that packs more typical prog elements and arrangements. The inner tense pasted by the musical interaction is breath taking and urging. The 9 minutes ,,Hold Quiet” also packs that urge, especially in its choking first half after which it blooms with lush orchestration and uplifting tone. Though the haunting urge remains present, the song grips on an entirely different level.

`Citizen: In The Next Life’ is an impressive endeavour from Sherwood again putting his name on the musical map. The project is overall calm and oozing, but also packs a multi dimensional progressive edge in the vein of old Yes and (less) World Trade. It oozes comfort and the silence it casts at times is scattering… with either beauty or pain. The lyrical content adds to the prestigious outline of the songs and it takes time to get deeper and deeper into the void of Sherwood’s mind. Once there, the ever-revealing beauty of the music and its lyrics keeps amazing you. Over and over and over again.