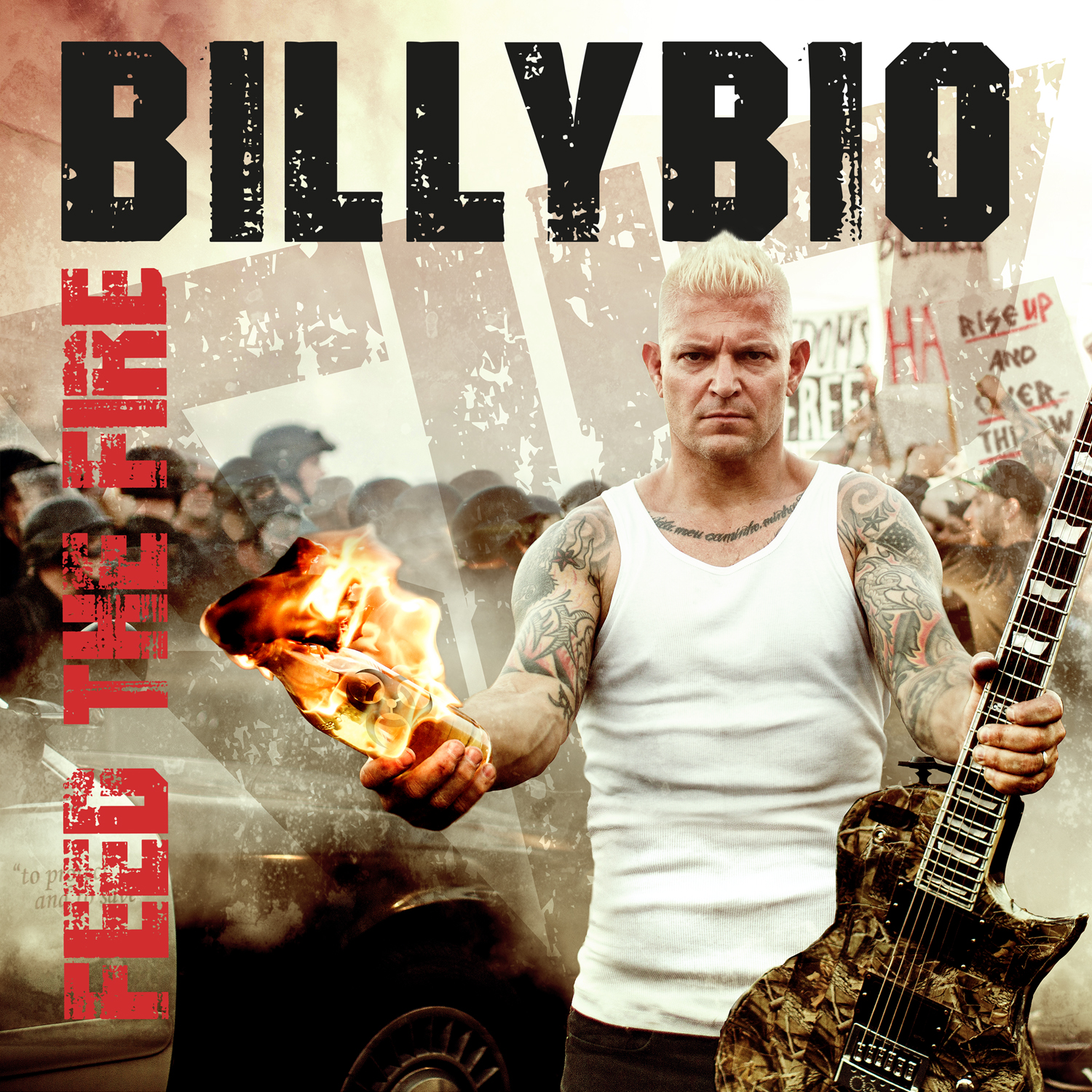 Billy Graziadei has established a name as the face and driving force of hardcore bands like Powerflo, and the mighty Biohazard. Setting venues and festivals ablaze over decades with their potion of driven and jumping hardcore, Billy made his name synonym for the genre. With BillyBio he brings his first solo release to the spotlights, one he will promote by touring extensively.

Right off the pitch `Feed The Fire’ picks up where Billy’s impressive back catalogue left off in the past. Anger laden and furious Graziadei and his band breathe fire with ferocious riffs and furious speed on the single output ,,Freedom’s Never Free”. The turmoil is kicked up and the lyrics are in line with the accompanying biography shots of Billy opposing law enforcement and army representatives. It is this in your face character Billy packs on this album that is, front to back, packed with fury and powerful short hardcore anthems. It reignites the heydays of his Biohazard past and launches us right back to the ground-breaking performance of his band at the infamous Dynamo Open Air festival, where a mosh pit of tens of thousands formed front stage. Whether it’s the catchy ,,Generation Z’’, the riff packed hardcore monsters ,,Sick And Tired’’ and ,,Sodality’’, or ,,Rise And Slay’’, BillyBio proves a forceful energy packed hardcore act producing standout tracks that are monolith genre material. It fuses the impressive past of Graziadei with the present through social criticism in his lyrics, while the classic turmoil and drive is present. His signature riffs and melodies are packed solid on this excellent debut with Billy and his band tapping the vein. More than once he hits the punk nerve with his anger-laden execution empowering his words. Ever so often his lyrics are anger packed but also have a poetic swirl to them, transitioned into nesting choruses with perfectly cut pointy and blunt melodies. “We have a voice that will be heard!” double bass wallop at breakneck speed kicks around prior to jumpy melodies and hardcore chant take over. It is a signature sound Billy lets loose on the listener.
It is Billy at his best when all hell breaks lose with untameable fury.

Billy being one of metal’s most iconic and most approachable artists makes a mark with his debut. `Feed The Fire’ is packed with short and perfectly executed hardcore tracks that warp us back to the heydays of Biohazard frequently. Without falling short of his past, Mr. Graziadei shows his keen ear and talent as a songwriter brooding up impressive and memorable riffs and hooks, going hand in hand with modern lyrical content that is lit by the fury of his music. Must have for genre adepts and Bio fans.