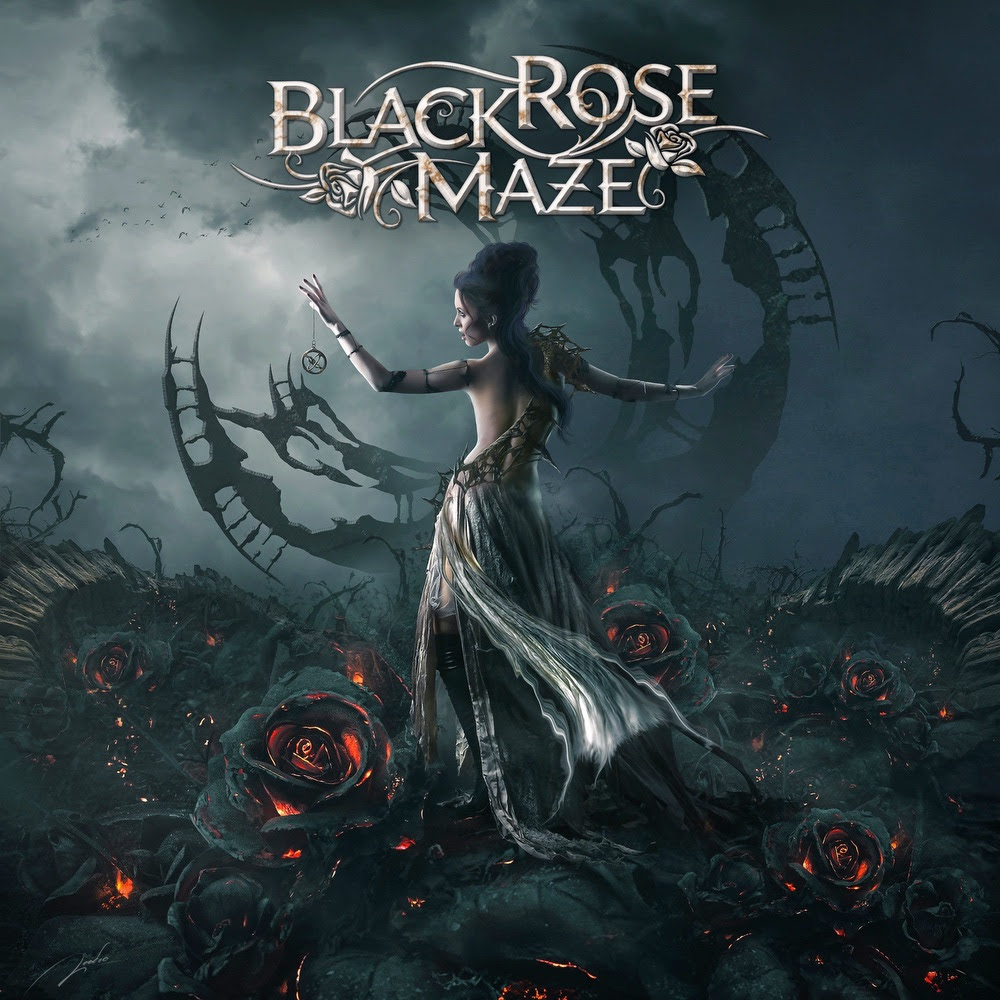 Frontiers likes to present new talent almost every month and sometimes that turns out to be a hit right away. I am thinking about Electric Mob or Perfect Plan whose albums were top notch straight away. This one from Black Rose Maze is also a record that should raise some keen interest. This is not really a new band as the main person is female singer Rosa Laricchiuta hailing from Montreal in Canada. She participated on the Canadian version of The Voice some years ago and got noticed, released an album called ‘Free’ in Canada and got asked to sing with the Trans-Siberia Orchestra where she met Jeff Scott Soto and Dino Jelusick who put in a good word for her at the Frontiers office. So the label put Rosa in touch with staff producer Alessandro Del Vecchio who wrote several songs for the album, played bass and keyboards plus did the production. Rosa penned several tracks herself and also received material from famous writers like Cliff Magness and Nasson. With Michele Sanna on drums and Andrea Seveso on guitar the Black Rose Maze project was completed with eleven songs on the album that should establish the name of Rosa as a vocal force to be reckoned with. This chick can really sing, she has power, reach, a great sense of melody and a beautiful sound. Difficult to compare her with just some other female singer, Rosa is her own person behind the microphone as she proves throughout the whole album. Teaming up with mister Del Vecchio and his working team has worked out as a whole as the songs on this self-titled album are a joy to hear. They just have the right amount of rocking punch, the right amount of force and the right amount of variety as well. Jeff Scott Soto has a guest role on the impressive duet ,,Laws Of Attraction’’, both voices match gracefully. Other songs that really stand out are the forceful rockers ,,You Can’t Stop Me’’, ,,Maze’’ and the ballad ,,Call Me Now’’ where Rosa reaches out in a more emotional way. Absolutely an album that a fan of good melodic hard and heavy rock should not miss out on!