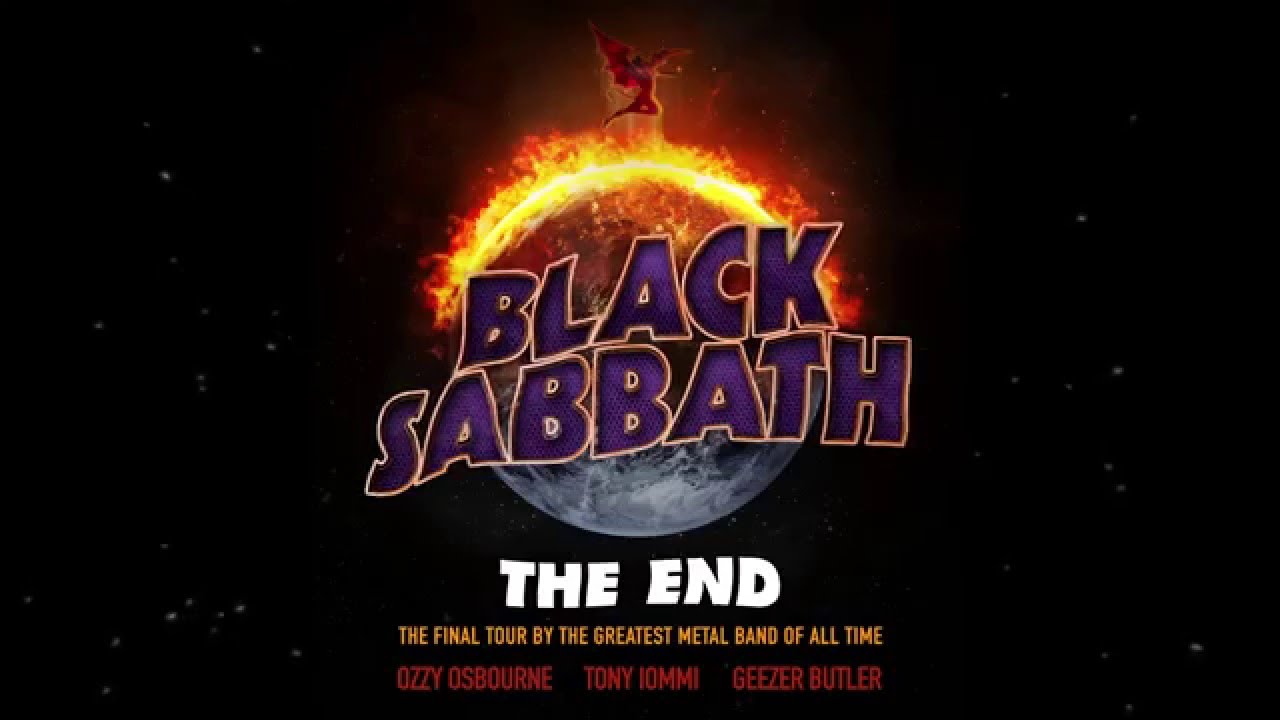 Can you imagine spreading heavy and doom metal around the world for about 49 years? That is how long Black Sabbath have been an entertaining, trend setting and dominating force in the world of rock music in general and heavy/doom metal in particular. It all started in Birmingham in the UK in 1968 and in that same city it all came to ‘The End’ on February 4 2017. The only sad thing was that original drummer Bill Ward was not capable to play once more with guitarist Tony Iommi, bassist Terry ‘Geezer’ Butler and living legend singer John ‘Ozzy’ Osbourne. These four guys carved a place for themselves in music history with dark and heavy albums (‘Black Sabbath’, ‘Paranoid’, ‘Master Of Reality’, ‘Volume 4’, ‘Sabbath Bloody Sabbath’ to name a few and touring across the world. When Ozzy left to pursue a solo career Ronnie James Dio stepped in his place and the period with him is being seen as musically the best in the career of the band. I am not about to write a history lesson for you all, the numerous albums that the band made with always Tony Iommi as the musical mastermind speak for themselves. The last tour with Ozzy obviously focussed on the first years of the band when unforgettable songs like ,,War Pigs’’, ,,Fairies Wear Boots’’, ,,Black Sabbath’’, ,,Iron Man’’, ,,Into The Void’’, Snowblind’’ and the song that put Black Sabbath on the map ,,Paranoid’’ ruled the metal world. On this 2 CD these songs are featured one more time. The band recruited keyboardist/guitarist Adam Wakeman and drummer Tommy Clufetos (who shows a certain resemblance with Bill Ward in his younger days) to help them out for the tour. Of course Ozzy has never been the world’s greatest singer but he does quite a decent job on this CD, his presentation with the many screams about ‘getting fucking crazy’ and ‘God bless you all’ is predictable but admit it, this bloke has been an entertainer for all these years, balanced many times on the edge of life but luckily made it and I am sure will come up with a new Ozzy Osbourne album in the near future. And also Iommi and Butler will continue making music and who knows what might happen in the future. I mean when Ozzy left in 1978 they all said that they would never ever play again together, but look what happened. Nothing can be excluded where Black Sabbath is concerned, history has proven that. Of course this is a great statement by Black Sabbath, ending their career for the time being in the city where it all started: Birmingham. Condemned by critics for most of their career, but adored by the audience that came to the gigs and bought their records. This is for sure a 2 CD that as a Sabbath fan you must have. Iommi is the master of the metal riff, Butler plays as always like a man possessed, Ozzy is Ozzy and Tommy Clufetos is a monster behind the kit. If you just feel the atmosphere in the hall on this CD, it has been captured to the fullest. Should we feel sad that the band has ended their career? I suppose so but the legacy that they have left behind is so enormous and their influence on numerous young musicians that are now at it still very big, it is safe to say that Black Sabbath will never ever be forgotten in music history. So maybe to conclude in typical Ozzy Osbourne style: God bless you Tony Iommi, Geezer Butler and Ozzy Osbourne and let us get fucking crazy one more time for Black Sabbath.