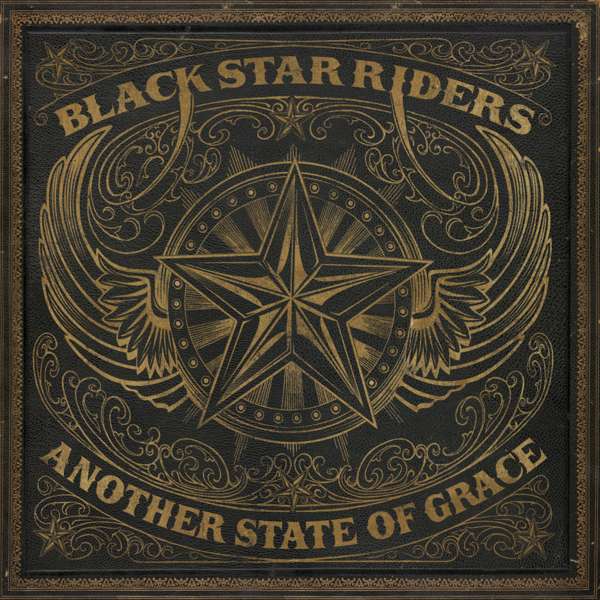 On their fourth album yet again Black Star Riders have been confronted with changes in the line-up. Founding guitarist Damon Johnson who chose to go solo has been replaced by former Stone Sour man Christian Martucci while drummer Jimmy De Grasso gave up his position in favour of former Black Label Society basher Chad Szeliga. But as long as founding members Scott Gorham (guitar) and singer Ricky Warwick are part of the band the identity of Black Star Riders is more or less guaranteed. Although Warwick states that on this album the band stands on its own as band and also because of their own sound listening to the ten songs it becomes very clear that Warwick is talking nonsense. The ghost of Thin Lizzy and Phil Lynott is still there. And the curious thing is that Warwick and Gorham are doing gigs under the banner of Thin Lizzy again with Judas Priest drummer Scott Travis, Dare keyboardist/singer Darren Wharton, guitarist Damon Johnson (!) and Mastodon bassist Troy Sanders. So do not say to me that ‘Another State Of Grace’ stands on its own. Scott Gorham co-created the Thin Lizzy sound and he is completely entitled to use these ingredients for this band. They are part of him and it gives his current band a nice form of familiarity for the many Thin Lizzy fans that are still out there. Listen to the first two songs ,,Tonight The Moonlight Let Me Down’’ and the title track with its Irish sound and yet again the connection is obvious. And what about ,,Ain’t The End Of The World’’? I have never found it a problem. On their 2017 album ‘Heavy Fire’ Gorham and company delivered a very decent rock album and ‘Another State Of Grace’ is a logical further step in the career of Black Star Riders. Ricky Warwick will never be my favourite singer but the man holds it together in this band where he is surrounded by much better musicians than with his old group The Almighty, the most hyped UK rock group ever. There are plenty of interesting rock songs present on ‘Another State Of Grace’ like ,,Underneath The Afterglow’’ while ,,Soldier In The Ghetto’’ and ,,Poisoned Heart’’ show a more melodic and intense side of the band. Warwick lyrically reaches deep in the ballad ,,Why Do Your Love Your Guns’’ singing about the worries of a father wondering if his child will be safe at school with all those shootings on campuses and schools in mind happening in the USA. A sensitive and very relevant topic. So does ‘Another State Of Grace’ has any unexpected surprises to offer? Well, a very balanced production by Jay Ruston for instance. He mixed a couple of Black Star Riders albums in the past and put his hand up for the production giving the band a more focussed direction in general and more continuity in the songs. For the first time in their career Black Star Riders has managed to deliver a real consistent record without any songs that are a bit doubtful. That is not the case this time, so I can agree with Gorham and Warwick when they claim that this is the best CD in the career of Black Star Riders so far. I am sure Phil from heaven above agrees and is happy that part of his legacy is being continued by Scott Gorham and Black Star Riders.