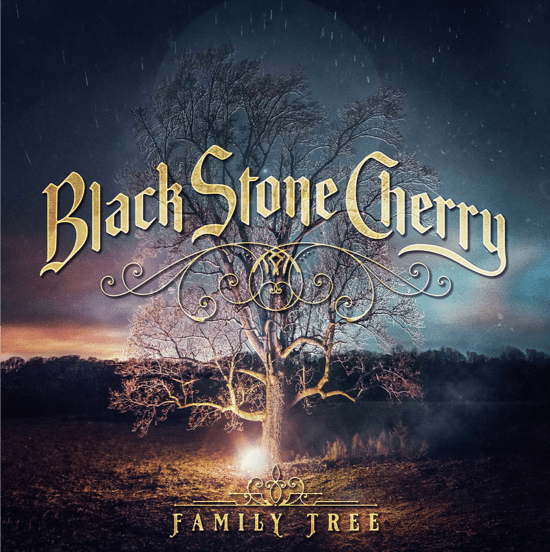 Guitarist/singer Chris Robertson stated that the EP ‘Black To Blues’ that the group released late September 2017 would have its influence on the new and sixth studio album ‘Family Tree’. On that EP Black Stone Cherry covered a handful of blues classics, recording them in a pretty raw and spontaneous state. The southern rock and rollers from Kentucky have kept their word, as there are more blues influences on this record than ever before. But it is not that Black Stone Cherry has made a musical switch to blues that is not the case at all. The band feels comfortable in their southern style, they are just exploring a few more musical avenues without going too far or drifting away from what they are good at. The thirteen songs on ‘Family Tree’ breathe good times, you can feel that these four guys feel relaxed and are full of confidence, keeping the writing, recording and mixing in their own house, as by now they are that experienced that they know best what works for them and what not. ‘Family Tree’ is a consistent album with several songs that have that Allman Bros flavour in the sound and guitars. ,,Carry Me Down The Road’’ and the ballad ,,My Last Breath’’ are two fine songs where the spirit of Gregg and Duane Allman lives on. And talking about the Allman Bros, there is a guest role for Warren Haynes on ,,Dancin’ In The Rain’’ where the former guitarist of the Allman Bros sings and plays along with Robertson and cohorts. Yes, as far as I am concerned Black Stone Cherry has reached their musical peak so far in their career. It all adds up at the end of the day with the title track being one of the best songs this band has ever recorded. Kentucky can be proud of their native sons. Black Stone Cherry is one of the bands that keeps the spirit of southern rock alive and is ready to take over from the bands that have ruled the genre for decades and have now dissolved or announced their retirement.