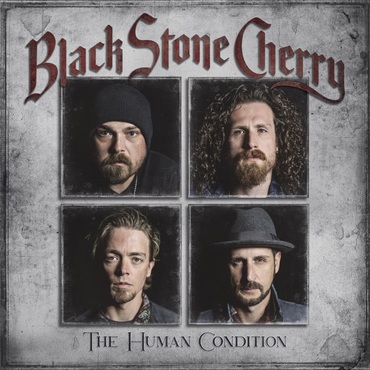 There is a lot of regularity from these boys from Kentucky. Almost every two years they present a new album (this being their 7th studio release) and in between the last records there have been ‘Black To Blues’ and ‘Black To Blues Vol. 2’, two EP’s with more blues based songs and covers. Guitarist/singer Chris Roberson said that the music on those EP’s would also shine through on their regular albums and in the case of the 2018 release ‘Family Tree’ that was certainly true. And in the case of ‘The Human Direction’? Not really as Robertson, bass player Jon Lawhorn (in whose studio the bulk of the album was recorded), guitarist Ben Wells and drummer John Fred Young have this time chosen for a much more energised form of heavy rock, with more tempo, harder songs, turned up amplifiers and a lot more balls. Not that ‘Family Tree’ was a slow affair but ‘The Human Condition’ (recorded just before the lockdown and all the bad times started) has more anger, aggression and a harder ‘skin’. Back to the beginning? Not completely I guess but certainly the thirteen songs feature a very focussed and to the point band and performance. The riffs and rhythms are more like a big wall of sound. After more than a decade and a half these boys hardly need any help from outside, they can produce themselves as they have figured out what is best for them. As a result you’ll find that ‘The Human Condition’ is a very cohesive album that has got some hard punching tracks like ,,Push Down & Turn’’, the single ,,Again’’ and ,,Ringin’ In My Head’’ leaving no room for doubt while ,,In Love With The Pain’’ is a tiny bit more mellow in comparison with the rest, but is a very good song indeed with a kick. The only track that really does not do it for me is the version of the Electric Light Orchestra track ,,Don’t Bring Me Down’’. The band beefed it up when you compare it to the original but in comparison with the other songs on this record, it just does not manage to convince me completely. But the album as a whole has certainly convinced me. A bit back to the old days and because of the specific tone of Robertson’s voice very recognisable but firmly standing with their feet in 2020 with a modern and convincing sound Black Stone Cherry manages to come up trumps with ‘The Human Condition’. These guys definitely rock!