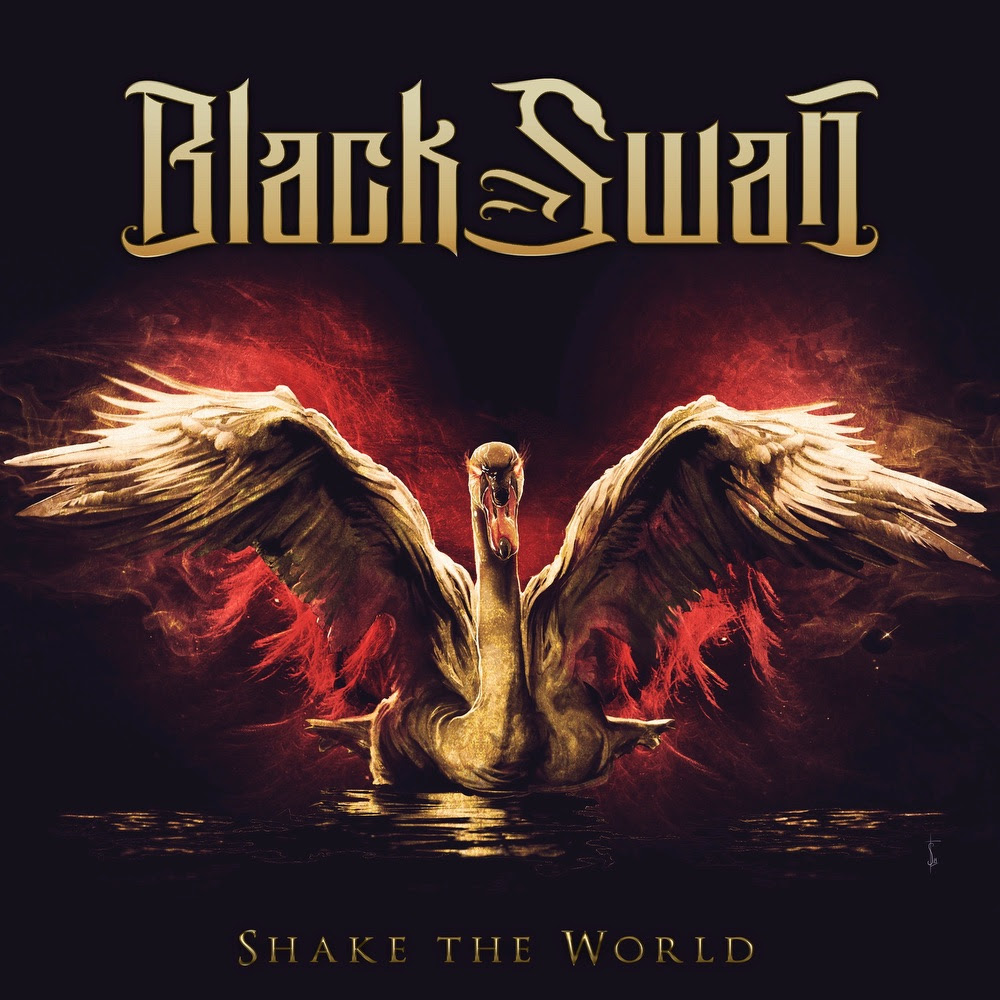 February 4, 2020 by Michel van de Moosdijk - More about our team

With a line-up consisting of Robin McAuley (vocals), Reb Beach (guitar), Matt Starr (drums) and Jeff Pilson (bass) Black Swan has indeed the potential to shake the world. Each musician involved has had a long career in several popular groups (Dokken, Foreigner, Winger, Michael Schenker Fest, Mr Big, Whitesnake just to name a few) where they built up a lot of experience. Not sure who took the initiative to get these four veterans together but this is a combination that delivers. Obviously the term super group has come up in conversations and in a way that is very understandable as the four musicians are no fly by night performers. They have proven their skills on numerous occasions. What I find very positive about ‘Shake The World’ is that Black Swan tries to create their own style and sound. Nowhere on the album I had the feeling that I was listening to a new created version of the above mentioned band names. Most of the recordings were supervised by Jeff Pilson and he has managed to set this band up with a melodic yet pretty heavy sound where Reb Beach has been given tons of room for heavy riffs and tasty solos. Important is also the very recognisable voice of Robin McAuley (who has been dealing with some health problems lately) giving Black Swan an immediate form of familiarity. But the most important fact is that Black Sawn has delivered strong compositions. Especially the first four songs (the title track, ,,Big Disaster’’, ,,Johnny Came Marching’’ and ,,Immortal Souls) give the album a very strong beginning as all four tracks are very solid melodic hard rock songs with crunchy guitar work and a strong vocal. Obviously there are a few ballad type songs as well (,,Make It There’’) but the bulk of the album is filled with robust rockers. To make a long story short ‘Shake The World’ is a quite impressive album where four top notch musicians have found each other and managed to bring the best out of each individual person. Hopefully Black Swan does not prove to be a short term thing as this outfit has true potential. Listen to the album and I am sure you will agree with me.