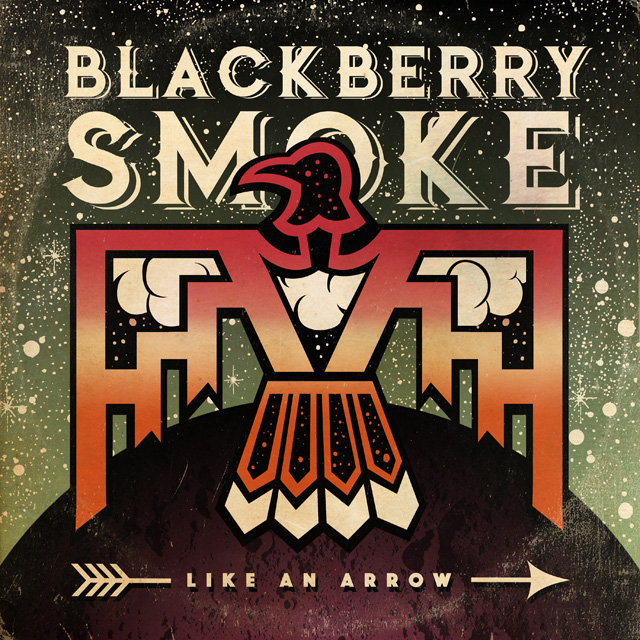 Do you know these bands? You never heard anything about them before and all of a sudden everyone starts talking how amazing they are. So you’re in a situation where you cannot ignore it and have to check this band out. This is the story how I went to my first Blackberry Smoke concert and didn’t regret a single second of it. I would even go as far as saying: they are the saviour of rock music. Authentic, honest rock ‘n roll, somehow connected to the past but never old fashioned.
`Like An Arrow’ will definitely make its way into rock history, when the kids of our kids will tell stories about their concert experiences of their grand parents back in the good old days. Even though bands like Lynyrd Skynyrd are still around, Blackberry Smoke proof also with `Like An Arrow’ that the next generation of southern rock music is here to stay, forever. If you have never heard of Blackberry Smoke before, do yourself a favour and do the following:

With a new album out and a new European tour in the making, 2017 will be a good year for Blackberry Smoke and also a good year for us, as we can witness this great band over and over again.