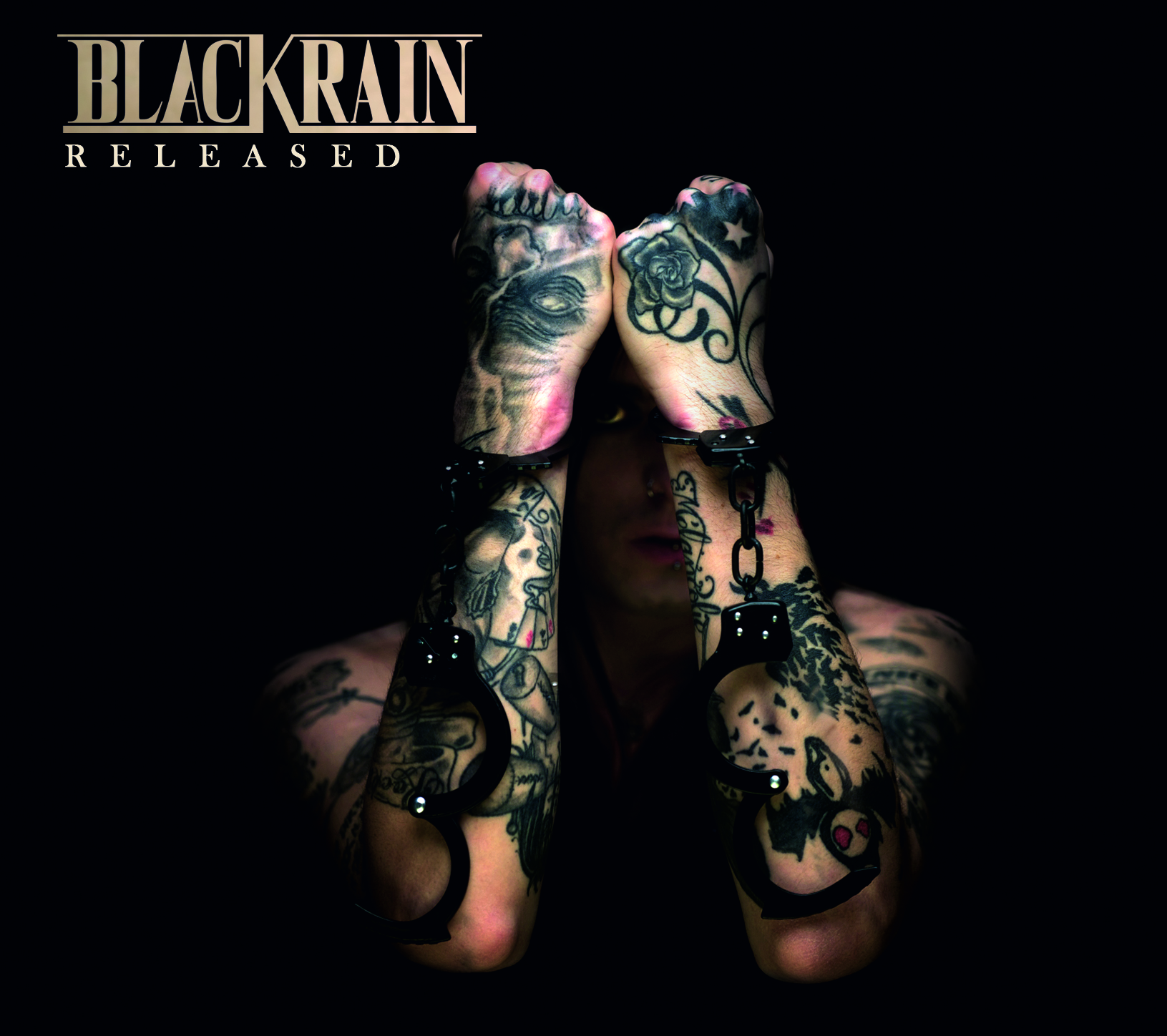 Recently the band members of French rock band BlackRain made some tough decisions to get back their creative freedom. Back in 2006 they started as a street style punky sleaze band and released the debut album `BlackRain’ on their own terms, in 2007 followed by `License To Thrill’. Under the influence of a new management follow up `Lethal Dose Of …’ (2011) and `It Begins’ (2013) mark a period in the career of BlackRain where image and stage presence became over the top, the hair bigger, the music more polished, while their artistic freedom was shrinking by the day. Brand new album `Released’ tells the story of what these musicians went through the last couple of years, the frustrations and the fight back to the origin of the band. Singer/guitarist Swan wrote the new material without any interference, followed by the input of the other band members and production skills of Jack Douglas (Aerosmith, Alice Cooper, Cheap Trick). Today BlackRain sounds stronger than ever and the 13 songs show confidence, attitude, passion, energy and rebelliousness. Opener ,,Back In Town’’ is a clear statement with a great chorus. BlackRain also embrace a more raw and heavy yet modern sound, cool guitar screams and adventurous arrangements but at the same time the four musicians know how to present a damn catchy tune. With his high-pitched vocals frontman Swan determines the sound of BlackRain like for instance Vince Neil does for Mötley Crüe and Axl Rose does for Guns ‘N Roses. Okay, he may not be everybody’s favourite singer but Swan fits in the songs and definitely knows how to build vocal lines, strong melodic choruses and vocal harmonies. It results in strong tracks like ,,Killing Me’’, ,,Run Tiger Run’’, ,,For Your Love’’ and the beautiful melancholic ,,Words Ain’t Enough’’, just to name a few. Punk-like roots pop up in the twisted circus sounding ,,Eat You Alive’’ as well as in ,,Rock My Funeral’’. Under the wings of a new management and record label, and with a more sober image, the band can be really proud of what they have accomplished on `Released’, on their own terms!