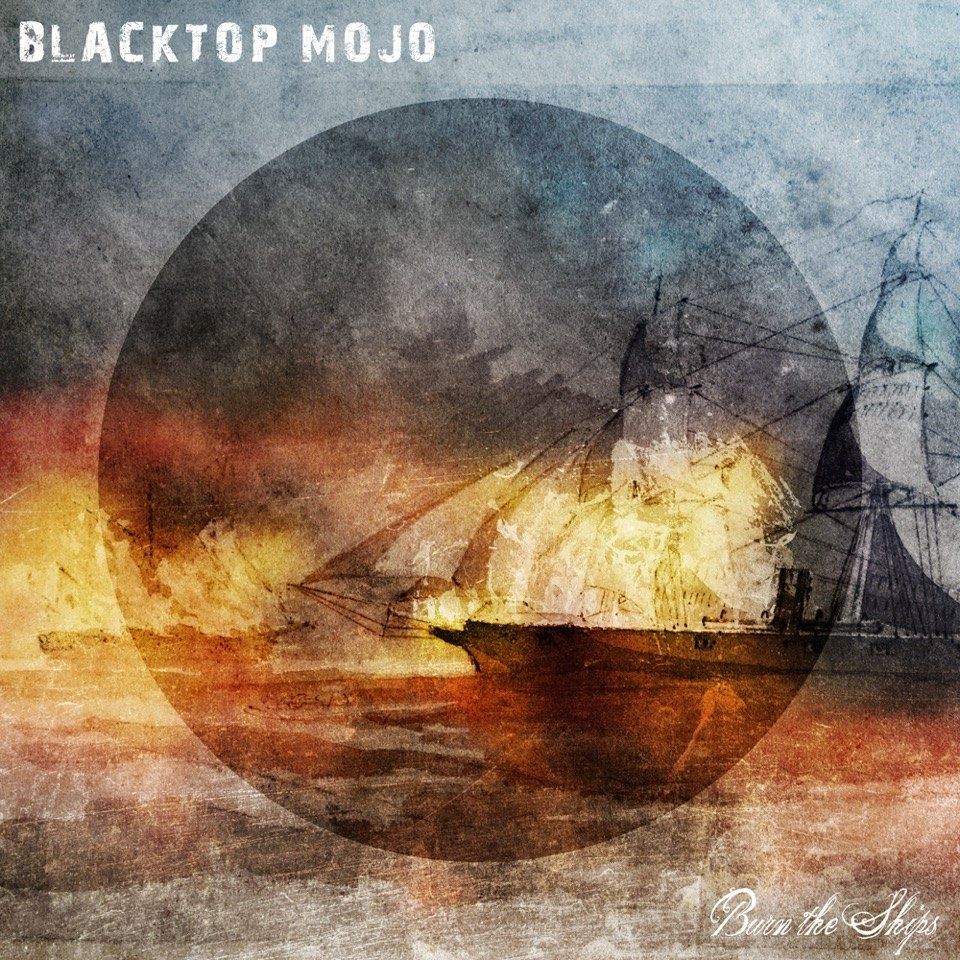 Blacktop Mojo is the story of a band letting go of everything that preoccupied them in the past to focus on one target: their band. A story projected onto the medieval story of Spanish explorer Hernán Cortés burning his ships on the shores of Mexico to prevent a return for his crew and focus on a new future. Hence the story of Blacktop Mojo and the title of their impressive follow up to the debut `I Am’. Blacktop Mojo is a band living up to the American Dream and blends together all ingredients needed to rise to the top. Their adrenaline fuelled heavy rock is energy laden and packs power appealing to a wide range of hard rock fanatics. The vocals are powerful and dramatic, melodic and harmonic with a highly recognizable modern edge. It fits the powerful riff-driven music that leans on classic rock with a southern rock-ish turmoil spit around. Nathan Gillis’ drums are extravagant, yet spot on thunder unloading, with Matt Curtis’ throbbing bass lines coughing up gut and previously slammed whiskey aged overnight. Mixed and shaken up with impressive hooks and melody lines, the music is modern as it is classic, balancing on the finest line between the past and the future: often referred to as the ‘present’. Thus we present BLACKTOP MOJO! `Burn The Ships’ instantly grips. From the southern vibe’d ,,Shadows On The Wall’’ onwards it is one gigantic rollercoaster ride of hard rocking melodic pleasure. Impressive guitar solo’s fly around and are spot on fitting the tunes. Sticky melodies and hooks cling to you on the spot. The gut feeling is honest and heartfelt, pawing around your throat to leave behind anxious enough to spin the disc over and over again.
An excellent example of this gripping cocktail of power and emotions is the loud and driven ,,8000 Lines’’, bringing together the magic of Soundgarden’s most prestigious tunes and classic rock’s all-time favourite Led Zeppelin. The midsection of the song has Jimmy Page’s initials carved deep in it without feeling out of place. Powerful is the wheel spin when ,,Lines’’ kick into gear again. ,,Make A Difference’’ displays the band’s wide spread interests in musical variety. Keyboards boost the atmosphere while Kenneth Irwin’s rhythm guitars are spot on with Ryan Kiefer adding finesse to the tandem of guitars. Kiefer’s solo’s are just magnificent and high tweaking elevation of scales is impressive. Matt James’ vocals are jaw dropping powerful and howling. A certain amount of gravel is carefully packed to give the band this gritty and dark overhaul, much in line with Zakk’s BLS. Less smudged and more focusing on harmony and melody Blacktop Mojo ploughs onwards. Ploughing like the throbbing bass line from Curtis pulling forward the impeccable title track. ,,Pyromaniac’’ kicks in the face like that. Hard rocking and rooted in classic rock, touching metal and even grunge occasionally. ,,Prodigal’’ is a rip roaring wonderful power ballad that touches deep and dwells in melancholy. It’s that gut ripping power that links musically with the following ,,Shadows On The Wall’’, picking up the pace to pour more awesomeness on the listener. It packs impressive power as if it’s sitting on a grenade bound to explode. It’s that vigor that propels the album onwards with guitars dropping fierce riffs that hit you in the gut. The dramatic vocals and power belted by vocalist Matt James makes you shiver, especially on the high paced firecracker ,,Chains’’. Impressive is also how he belts Aerosmith’s classic ,,Dream On’’, ever so often failed by many bigger names in the genre. Blacktop Mojo however manages to bring it to live and injects it with the southern gritty energy, with Kiefer taking the spotlight to lay down sniper precise shots at the impressive original from Perry. It all ads up perfectly and does justice to the original while adding potency, warping it into the new era. James radiates! Touching deep in the acoustic opening of ,,Underneath’’ Matt James once more displays his varied and excellent vocal abilities. A slow lingering and taunting tune shimmering with withheld power and emotion. It’s the epilogue.