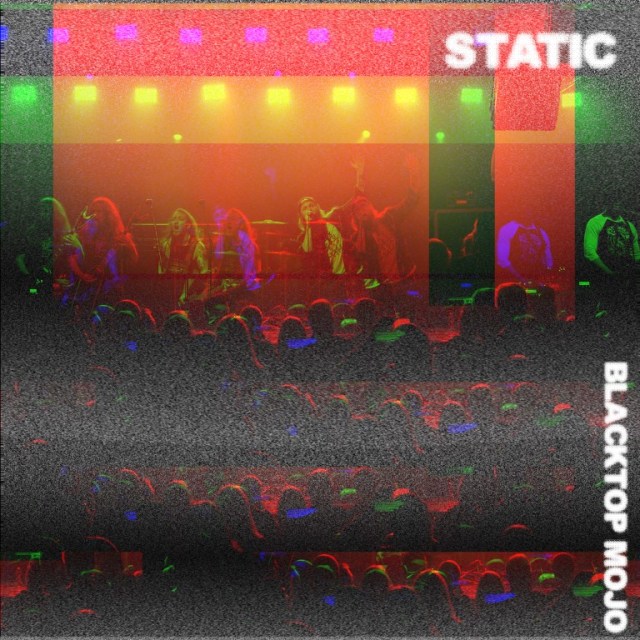 Many are struck by the current pandemic, not in the least musicians. Unable to tour, most see their future in the robes. Surprisingly there’s also a host of artists making the best of it and focusing on what they do best: create. One of the rising stars of USA hard rock are without a doubt Blacktop Mojo. Their extensive touring gathering increasing masses, they got struck by the cancellation of many consecutive gigs. Living together in Texas the band seized the opportunity to create new music. This `Static’ [EP] is the first fruit of that labour.

Performing from their living room frequently certainly impacted on this brand-new 4-track. ,,Leave it Alone” is a perfect example. The song brings together the radiating performances and powerful drive of the band’s performances, coinciding with more subtle acoustic notes. The intense solid wall of guitar ’n bass is dominating yet now accompanied by lush acoustic guitars. It is not new to their classic rock sound, yet the dominance of electric guitars is somewhat subdued to subtlety. The balance of the track is sublime and Matt James is provided the perfect launch pad for his emotive and gripping vocals. Matt’s radiating and imposing voice gels perfect with the intrinsic style of the track, making it radiate confidence and panache. ,,Signal’s Gone” is another fine example of BM’s ability to land right in the centre of your gut. The acoustic guitar in the front of the mix is sublime. Subtle chords dominate and are interlaced with electric-styled melodies. James’ vocals are gut wrecking and the added distortion on his vocals halfway in enhance the agony and cast an ominous presence. The effect is converted to a long enduring distortion of the electric guitar underneath the persistent acoustic chords. Though rooted a semi ballad, the song packs tremendous power and displays the band’s skills in creating insanely gripping tracks diverting from the classic strain. ,,The End” is currently dominating the online airwaves of indie radio. Nathan Gillis’ ponderous energy-packed loud drums and Matt Curtis’ low slapping bass pull it forward with prolific thrive. A middle eastern tingling guitar melody colours its opening brightly with Matt’s insane vocals adding kick and grit. When the song suddenly unloads with towering power it is trademark Blacktop Mojo! Riffs welling and drum dynamics increasingly adding more power and thrive. The guitar interaction of Ryan Kiefer and Chuck Wepfer is seamless and intriguing. Especially the southern groove and ravelling grunge-edged power adds to the band’s fiery classic rock style. Their spectacular blend of southern elements with post-grunge finds an exclamation point in the compelling ,,Watch Me Drown”. Gripping with appealing emotion and intense turmoil the song combusts over and over again. It is subtle in arrangements with guitars picking and echoing notes, heavy on the pitch when it dives fist first into the chorus. New and fresh to Blacktop’s sound is the multi layered vocal interaction that adds posture. It kicks the nuts just hard enough to impress, while adding harrowing delicacy to the deliverance of the song. ,,Watch Me Drown” is the ultimate YouTube single and certainly needs to be heard by the nations around the world. It harnesses the grandeur of classic rock and packs searing momentum. The song to me emphasizes the internal battle of the current state of the world under lockdown, becoming the soundtrack of the present.

Blacktop’s last album `Under The Sun’ was less accessible and took more time to nest than its predecessor `Burn The Ships’. It displayed a band on the rise, deepening their sound and widening their musical horizons. `Static’ is the perfect blend of both albums and occasionally grips back to their debuting days. The appeal is magnificent and radiating with confidence and stride. `Static’ is more eloquent and expressive than its title suggests. It fuses all of the band’s ingredients and explores the sonic landscape crafted by Led Zeppelin, Lynyrd Skynyrd as well as it taps the vein of post-grunge endorsing acts like Soundgarden and Alice in Chains, without being open to modern techniques and their creating abilities as a truly unique entity. So, with no further ado….Power up for BLACKTOP MOJO!