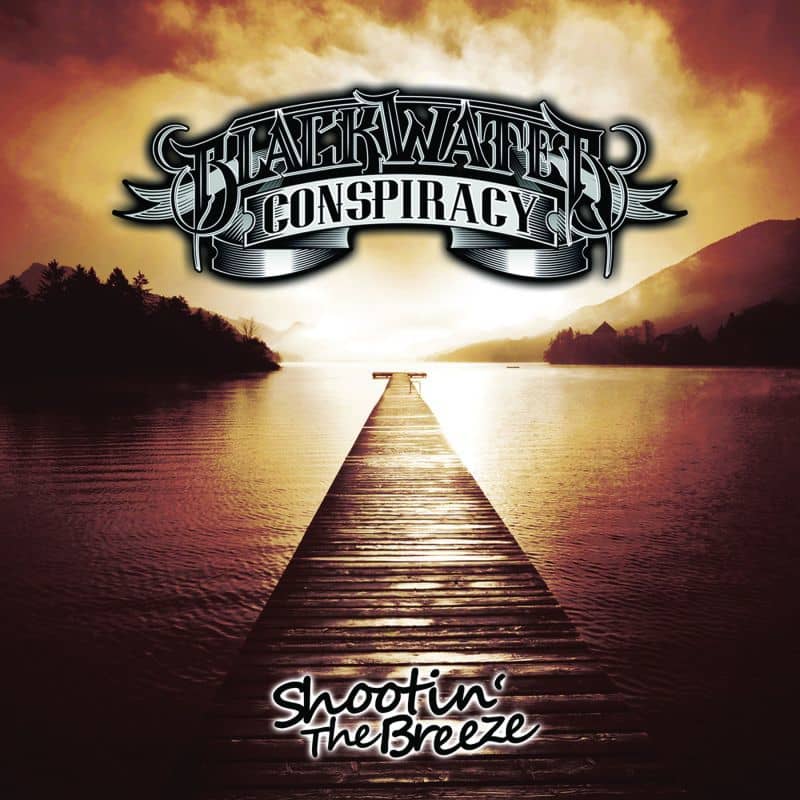 After hearing ‘Shootin’ The Breeze’ for the first time I was convinced that this band was coming from Florida or Tennessee in America. Much to my surprise these guys are from Northern Ireland. In 2015 the band Million Dollar Reload metamorphosed into Blackwater Conspiracy and this is their first effort. The fact that I thought these guys were American should already give you a hint about the music that singer/guitarist Phil Conalane, lead guitarist Brian Mallon, bassist Kie McMurray, keyboardist Kevin Brennan and drummer Fionn O’Hagain produce. Melodic rock that is flirting heavily with southern rock, a tiny bit of country, American rock with an Aerosmith swing and swagger and more traditional British rock from the time that Mott The Hoople and The Faces were making a name for themselves. The ten songs on this CD show a band that is still looking for a steady identity and in their search for that have come up with a very entertaining musical cocktail indeed. The husky, smoky and soulful voice of Conalane reminds me of Rod Stewart in his young days while the music more than once is leaning towards a classic southern rock band like Lynyrd Skynyrd. Some songs are really stunning indeed. ,,Hanging Tree’’ is a ballad type of track with versatile guitars that do have that Skynyrd touch while Conalan is really at his best mixing soul and emotion in his singing. Other songs are a little bit more straight forward (,,’85 Rockstar’’), but all of them have a great instrumentation (especially the organ and piano parts are very colourful) and sound very accessible indeed. Another band that clearly has made an impression on Blackwater Conspiracy has to be The Black Crowes when they just started out. It just shows to me that the boys have not figured out their definite style yet but as long as they keep searching in the manner that they present themselves on this CD, there is a lot of good music to come out of Northern Ireland in the next few years. Check this one out if you dare!