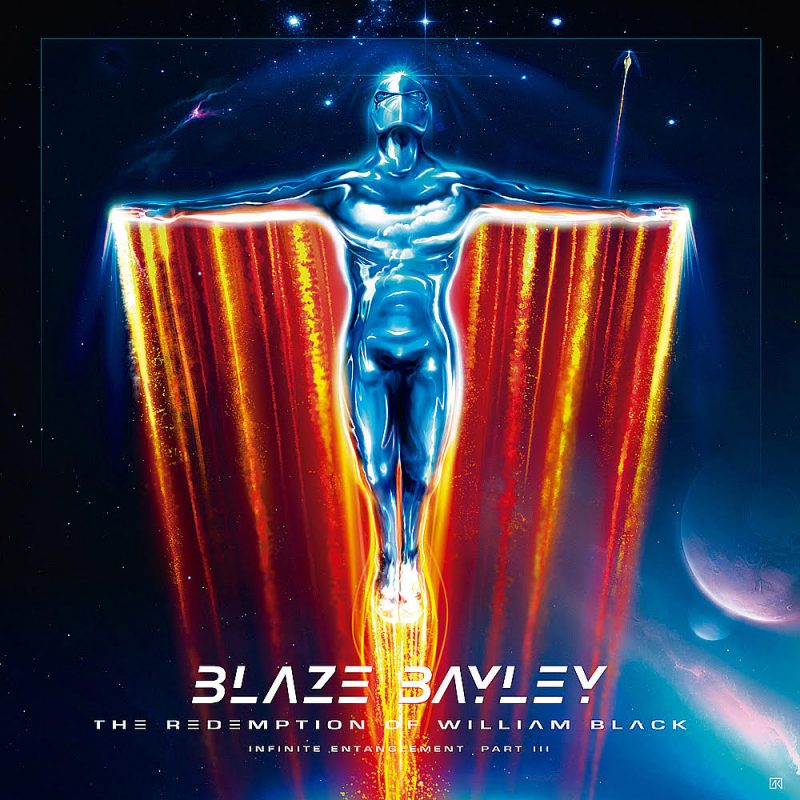 Former Wolfsbane and Iron Maiden vocalist Blaze Bayley is not a lazy man as this is already his tenth solo effort and the last in a trilogy concept Sci-fi story following a certain William Black. Blaze started this trilogy in 2016 and this is the last chapter on which he is backed up by several guests (like Fozzy singer Chris Jericho) and voice over actors to give the story more body and character. Blaze Bayley has never been the best singer in the world and nobody understood why he got the job as Iron Maiden singer for the albums ‘X-Factor’ and ‘Virtual XI’. Still, after Maiden he embarked on a solo career and he has now his own recording company which gives him total musical freedom. The last couple of years the singer has surrounded himself with musicians from the British band Absolva that help him out on the road and in the studio. Especially guitarist/producer and composer Chris Appleton is an important guy and it must be said that the music on the other two albums and this one is not bad at all. Honest heavy rock, some metal, some acoustic moments and a decent variety in the songs cannot be denied. But then there is the singing. After all these years Blaze still has a monotonous and rather boring voice which does not make it easy to sit out his albums. The same song and dance goes for this album. I am not saying that the singing is completely of the mark, but it just puts a damper on an album that has interesting rock and metal music on offer. I suppose Blaze Bayley has built some sort of fan base that makes it possible for him to continue his musical career but playing in front of big audiences like he did with Iron Maiden is for him a thing from the past. But we must give him credit for the fact that he keeps trying although by now he must realize that also this latest CD will not change his status.