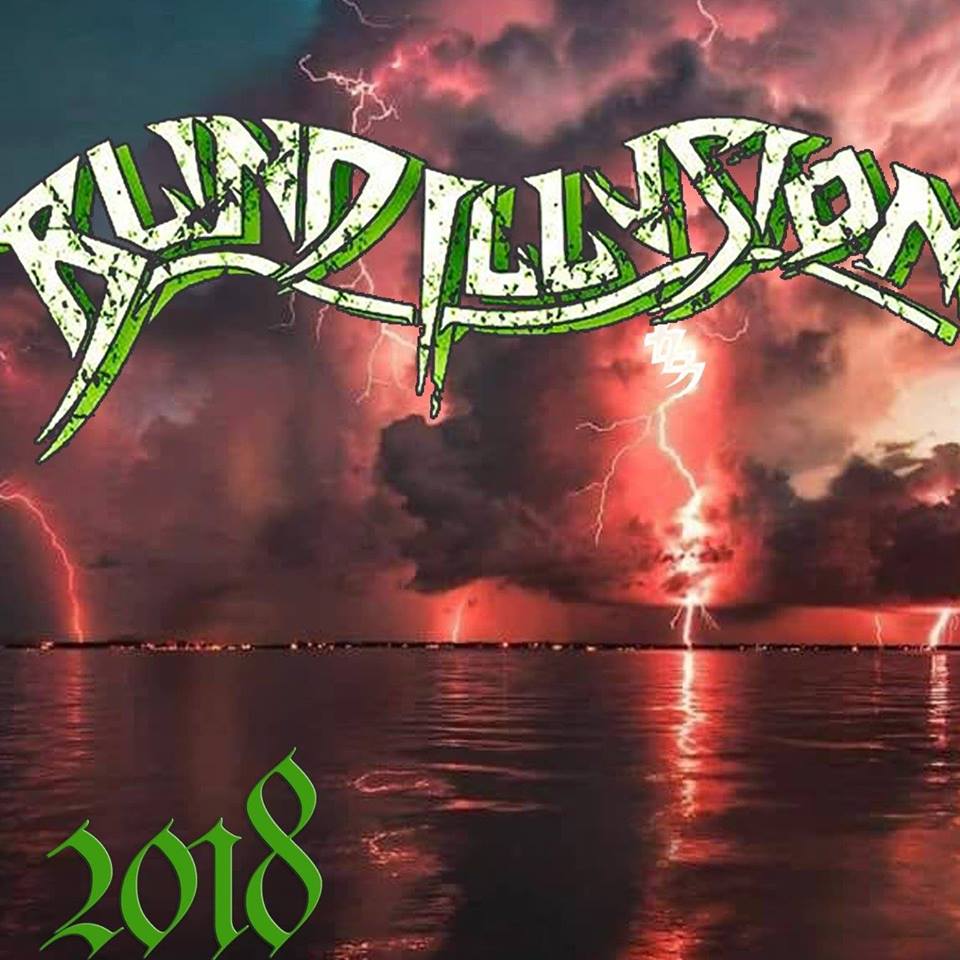 In 2018 I saw the American progressive thrash band Blind Illusion for the first time at the Keep It True festival in Germany. A few days later I saw them again at the Little Devil in Tilburg [NL]. Blind Illusion, a band from the past with one magnificent album called ‘The Sane Asylum’ released in 1988. The second full-length album ‘Demon Master’ from 2010 is actually a very disappointing album better forgotten. Now we have the EP ‘2018’ with two re-recordings of songs from their wonderful debut album, ,,Metamorphosis Of A Monster” and ,,Vengeance Is Mine”. Next is ,,Race With The Wizard”, a never before recorded track I presume, although I don’t have all the demo’s made by Mark Biedermann (main song writer, singer and lead guitarist) and friends. The last one is ,,Ice Sage” which is the least impressive song on this four track EP. It’s nice to hear that the current band members can create an ambiance that remind me of ‘The Sane Asylum’, although that will never be matched. But when you have the chance to see Blind Illusion live you might not want to miss that. It’s a pleasure to see and hear Erik Cruze (drums), Doug Piercy (guitar), Tom Gears (bass) and the founding father Mark Biedermann live on stage. The next time they play in the Netherlands will be at the Heavy Metal Maniacs Festival on the 21st of September. If you are already familiar with Blind Illusion this might be a nice renewed introduction, if you’re not, try to get your hands on the first full-length album. You might see me on the 21st of September, front row, going crazy on tunes like ,,Vengeance Is Mine”.