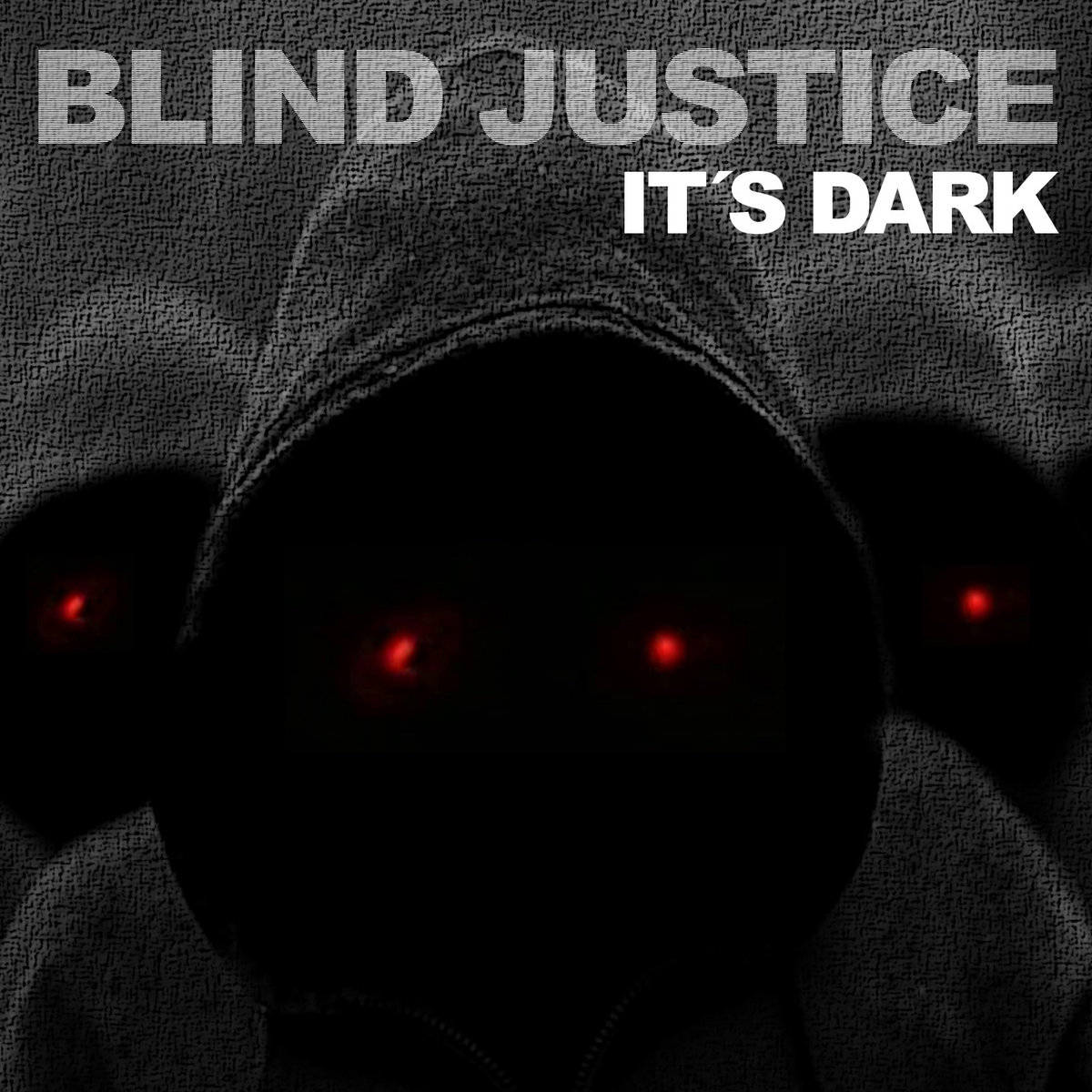 Blind Justice from the Netherlands has always been a band that couldn’t be pigeonholed in a specific genre. A lot has changed since their start in 1990 when they released their first demo. Originally they even had saxophone and violin integrated in their mix of metal, jazz, funk, and thrash which explains the title of their album ‘Sax & Violins’. Back in the days they played all the big festivals like Pinkpop and Lowlands in The Netherlands, Pukkelpop in Belgium, mainly because they were tightly connected with The Netherlands’ most famous hiphop act Osdorp Posse and acted as their back up band. After the relatively successful years it became quiet but the band never really stopped. In 2014 they started building new repertoire and after the three track EP ‘Brain Freeze’ it is now time for a five track EP titled ‘It’s Dark’. Nowadays Blind Justice might not sound as adventurous as they once did but their technical thrash meets metal core sounds pretty fresh. Founder, singer, bass player Attila Szabo is the man who kept the Blind Justice flame burning all these years and with the help of guitarist Hans Hanson and drummer Jeroen Nagel they seem to be on the right track again. The title- and opening song ,,It’s Dark’’ has some Nevermore influences, mainly vocal wise. Likewise in ,,Die Trying’’ which is the song I like the most because of its changing rhythms and moods. ,,Hopelessness’’ is ‘catchy’ and even groovy. ,,F.U.B.A.R’’ and ,,Told You So’’ are solid songs, with pretty original arrangements as well. You might say that Blind Justice sounds less pretentious as they sometimes did in the past but the new direction suits them well. I would say, that it is definitely worth checking them out. You can find the EP here on Bandcamp.com.