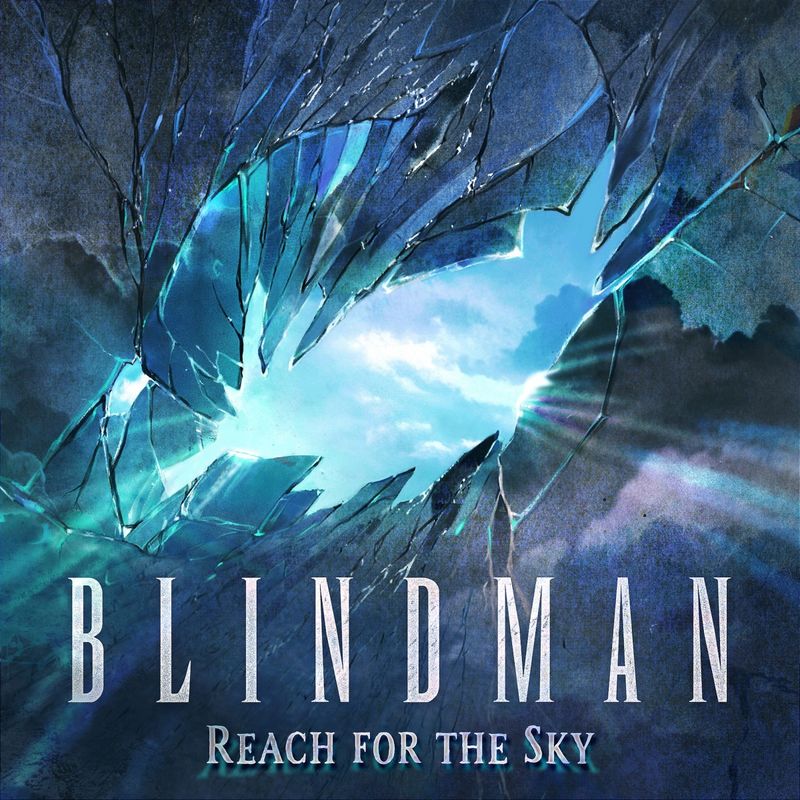 Honestly, it is unbelievable this band has not become a household name such as Loudness is in the metal scene since the eighties. Blindman was formed in the mid nineties, and though not exactly very original, the band recorded a shipload of albums since their formation. This Japanese band is typical for their country on all accounts: Typical high-class musical wizardry, typical singing vocals and little to none original. But still: this band rocks a really solid portion of classic rock, with all key ingredients dosed perfectly.

`Reach For The Sky’ is [if I’m correct] their 10th studio album released alongside a couple of live albums as well. Blindman warps you back to the heydays of classic rock. To be more precise: the days Black Sabbath, Deep Purple and later Rainbow, ruled the worldwide stages and radio. Blindman’s overall sound is impressive. Guitars are laid down in large thick chops, drums and bass kick a rock solid pace and swirling keyboards and Hammond underline the powerful sound. An organic potion of the best for mentioned acts have delivered during their peaks. Especially Tatsuya Nakamura’s guitar riffs are blunt and fierce and his soloing hints the influences of the genre’s greatest players. His fret board wizardry is at times jaw dropping and his solos exquisite. Just spin ,,The End Of My Dreams” and hear how he draws from the classic scales and blends it with Iommi reminiscent toning. Nakamura packs enormous power and precision and discarding him has a clone will be injustice. The loud pumping Hammond adds to the pleasure and [Deep Purple] recognition. Hiroki Matsui blends Jon Lord [R.I.P] power with the swirling prog notes of, let’s say, Jeff Cannata [Arc Angel]. Underneath all of this contemporary and organic force, the interaction Tatsuya Toda [bass] and Shun Minari [drums] is rock solid. The rhythm section pulls forward with perfect timing and the low-end 5 string bass drive fuels the band’s sound. Songs like the opening ,,Strangers In The Night”, the bass driven ,,Now Or Never” and swinging and soulful ,,Roll The Dice”, all pump forward with supreme energy. ,,Love In The Middle Of The Night” is a powerful classic track reviving the best of classic rock in general. The title track also packs impressive power and the guitar shreds with jaw dropping precision. The guiding melodies of Nakamura are keenly interlaced with the vocal melodies, another classic key ingredient. This also displays singer Ray’s solid performance and keen ear for melody. He has a wide range and doesn’t let down, even on the keyboard boosted rock ballad ,,Angels Ladder”, nor the poppy and jazzy ,,Blue Moon”. Especially the first is pretty tough to belt, with its widely appealing atmosphere and multiple layers. However, you also hear his typical nasal sound shining through. This appears an Asian trademark with Loudness and VowWow also featuring this distinguished effect, due to their pronunciation of English likely. But with Ray and Blindman it works a little like charm. It adds to the experience of the album. Only the cover version of The Crystal/Phil Spector’s 50’s hit ,,Do Doo Ron Ron” is something to skip on the spot, as it doesn’t add up to the high class of the rest of the songs.

Discarding Blindman as a simple rip off would be way to easy. The band delivers classic contemporary hard rock, laid down with the right attitude and craftsmanship. Though it all sounds little reminiscent, the quality of the album is to good to surpass, as is the musical craftsmanship of Blindman. For those who linger back to classic recordings, with a versatile and organic rock sound, should give this band a listen. It’s a feelgood album that revives your childhood, most definitely.