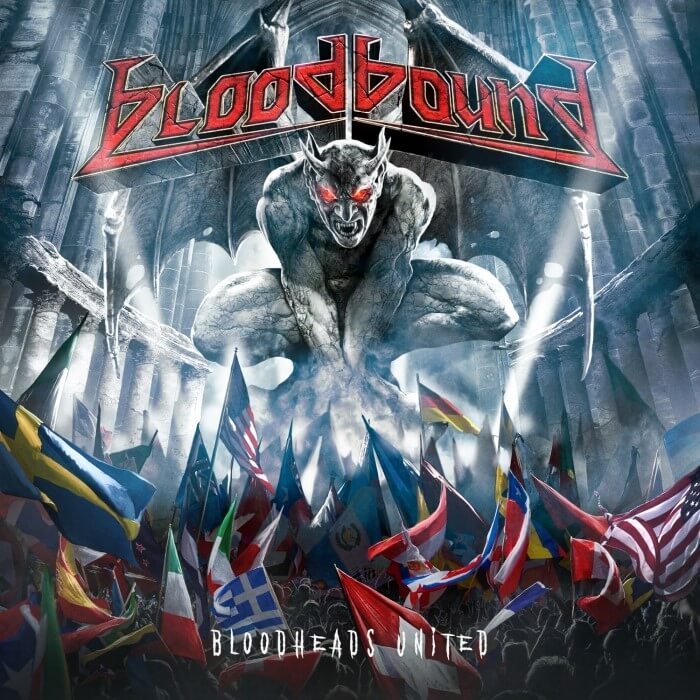 If you are a fan of these Swedish theatrical power metal rockers you might have to act quickly. This five track release shall only be available on vinyl and apparently limited to 500 copies. That does not seem to be very much but then it is supposed to be a collector item. The main song is the title track, a fresh studio song dedicated to the fans of the band that are called Bloodheads. It is not a very original song but it fits perfectly in the style that the band has displayed over the years. The other four songs were recorded live at the Bang Your Head festival in Balingen, Germany in 2017 where singer Patrik J. Selleby once again displays his big reach on songs like ,,Moria’’, ,,Battle In The Sky’’ and the very predictable hymn ,,In The Name Of Metal’’. The song ,,Bloodtale’’ is just an intro, so actually there are only four full songs on this mini-LP. Classic power metal, decently played and well sung but all in all indeed only really suitable for the real Bloodbound fan. Surely the mini-LP with its 500 copies limitation and pressed as 10-inch in the colour white shall quickly find its way to according to the band their ever growing fan base. It might be an idea to check the website of AFM Records for availability.